“From the Kazakh Khanate to Independent Kazakhstan” international scientific conference 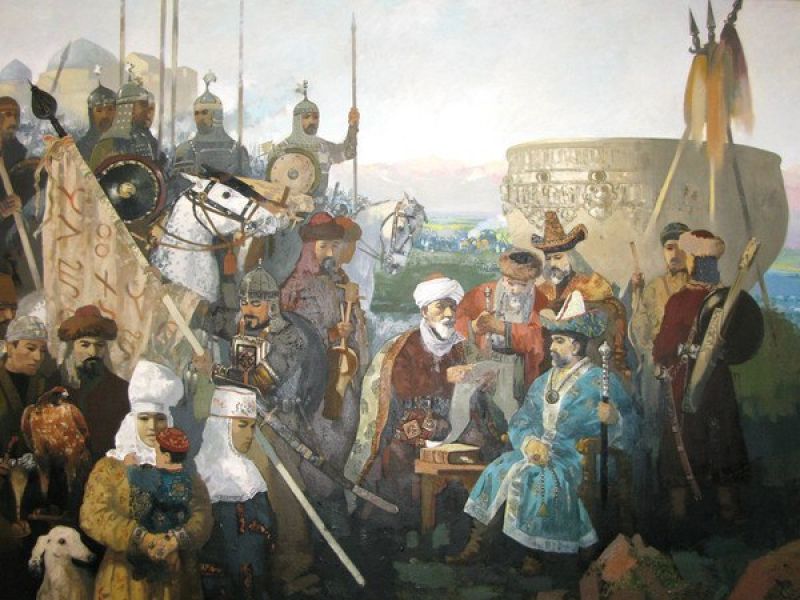 The international scientific conference entitled "From the Kazakh Khanate to Independent Kazakhstan" dedicated to the 550th anniversary of the establishment of the Kazakh Khanate will be organised by the Fund of the First President of the Republic of Kazakhstan — the Leader of Nation and the Institute of the History of the State, Committee of Science, Ministry of Education and Science of the Republic of Kazakhstan. The event will be held in Nazarbayev Centre on 22-23 May 2015.

One of the main purposes of the conference will be discussing the current issues of the history of the establishment and development of the Kazakh Khanate as the first national state in Central Asia. Participants of the conference will also focus on historiography and evolution of the traditional Khan’s power and state symbols, external policy, including relations of the Kazakh Khanate with Eastern and Central Asian countries.

Professor Burkitbai Ayagan, Director of the Institute of the History of the State and Doctor of Historical Sciences, will be a moderator of the conference.

The work of the conference will be organized within the two workshops:

1) The Kazakh Khanate as the first national state in Central Asia;

2) From the Kazakh Khanate to Independent Kazakhstan.

The scientific event will be followed by the book exhibition "The Kazakh Khanate", exhibition of works of Rakhimzhan Kasymzhan "Nomads of Eurasia", giving gifts to the public association "Nogai Yel" and concert.