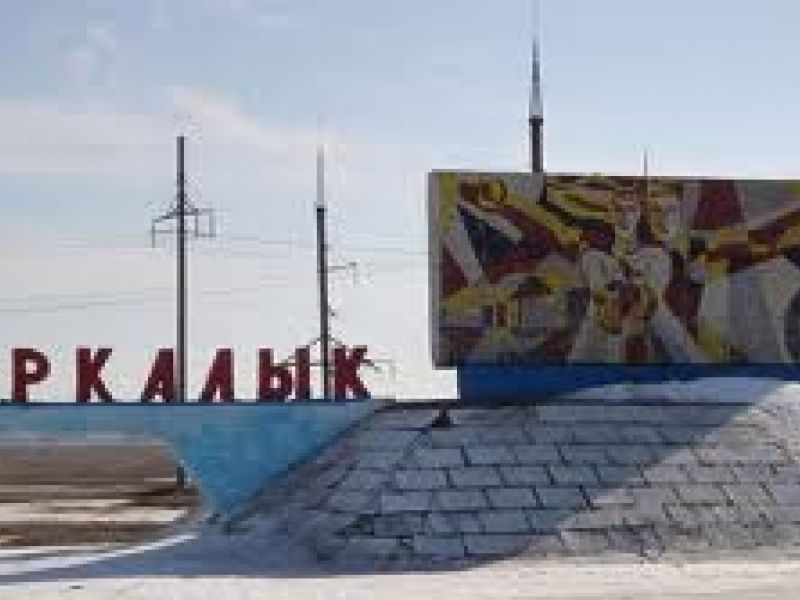 The collapse of the Soviet Union, the Socialist system in the CIS countries and the independence of the Republic of Kazakhstan showed a burst of migratory movements of the population. These events have affected the migration of people of all regions of the Republic, which caused changes in the demographic development of the country. This was largely due to the expansion possible return of certain ethnic groups to their historic homeland. However, there are other types of migration, such as labor migration — it covers the movement of the population of working age. There is also the notion of «educational migration» means the movement (mainly young people) in relation to education.

All these factors greatly influenced on the situation of ethno-demographic situation of Arkalyk. Over the past years Arkalyk belongs to regions consistently losing its population through migration, the size of which depends, and will depend on the level and pace of socio-economic and demographic the crystallographic development of the region….
According to the census population of Arkalyk, due to the sharp deterioration of the demographic situation in 2005 decreased compared to the past 14 years (1991–2005 year). The population of Arkalyk and subordinate settlements decreased by 19.7 thousand people, or 26.1%, and as of January 1, 2001 amounted to 55.8 thousand people, of which the urban population — 40.5 thousand people. Closure of the area served as a sharp outflow of urban population, the number of which over the period 1998 — 2000 years decreased by 5.6 thousand, or 12.2%. In this case not only decreased the number population, but decreased and the proportion of it from 74.8% to 72.6%. The entire mass is concentrated in urban Arkalyk.

Arkalyk’s share in the total population at the beginning of Kostanay region in 1992 composed to 6.0%, in 2001 — 5.7%. The number of inhabitants Arkalyk ranks third among cities in the region after Kostanay Rudniy. The average population density was 5.4 people per 1 sq. m. km.

Reduce the population on the one hand, promoted the migration outflow annually «absorb» a significant part of natural growth and completely «swallowed» him in 1998, on the other hand, there is a natural growth of population, steadily losing its value.

Low standard of living and instinct of self-survival pushes people to any form of self-defense, up to illegal, and that is one of the main reasons for the increase in crime. According to the Center for Legal Statistics and Information of the Prosecutor Kostanay region for 10 months of this year by Arkalyk registered 815 crimes that exceeds the level of 2000 by 23.9%.
Almost every seventh registered crime — serious, the number of reported homicides and attempted compared to the same period last year decreased by 53%, robberies — 40%. The number of robberies decreased almost by 2 times, 31.8% the number of thefts. Totality of existing both natural and socio-economic factors, led to a reduction of life-expectancy population from 70.1 in 1970 to 64.8 in 1999, including men, respectively, from 64.1 to 59.2 years, women — from 74.9 to 70.8 years.

Since our state is multi-confessional and tolerant, where more than hundred different nationalities live there. Throughout the republic were established national cultural centers, which are aimed at improving inter-ethnic relations, cultural interchange. In his message on February 18, 2005 Kazakhstan’s President Nursultan Nazarbayev said: «We are known to the world for its tolerance, interethnic, interfaith harmony and dialogue. Growing peacemaking potential of our country must continue to carefully preserved and developed. «In the city according to 1996 reported a total of five cultural centers — Kazakh, Russian, Ukrainian, German, and Korean. Sad fact that today operates only one German national-cultural center «Vidergeburt.»

Improving the lives of people outside of 2000 gives a chance to rectify the current demographic situation, which, given the considerable negative balance of external migration led in recent years to a systematic depopulation of Arkalyk. The total fertility rate after 2000 has been increasing due to increase of age fertility rate.
The actual dynamics of natural population growth shows some lag from the predicted values, covered by outperforming deficit reduction, external migration.
In this regard very timely is resolution by the President of the Republic of Kazakhstan to the Government the task of developing a program consisting of an increase in fertility, mortality reduction by improving health and increasing the reception of immigrants, primarily from the former Kazakh people of working age.
Only an active demographic policy of ethnic state will ensure sustainability, demographic preconditions for sustainable human development of the population.