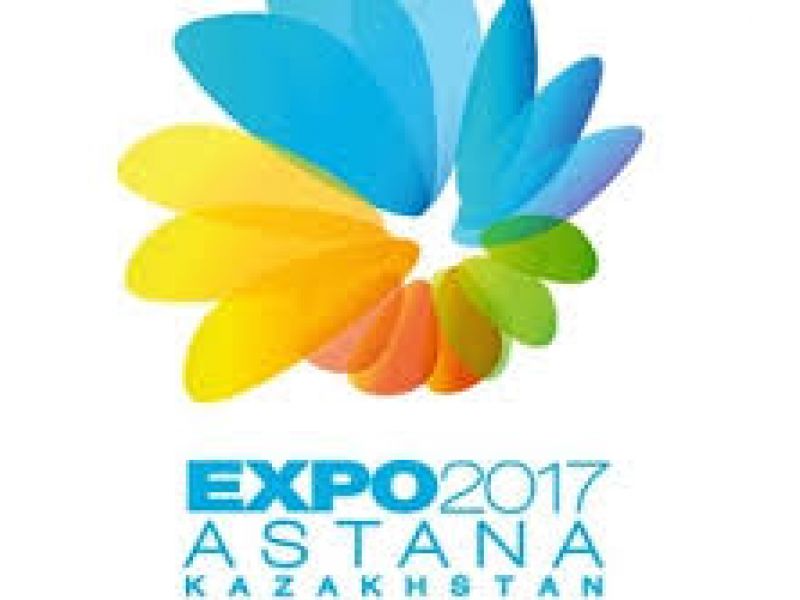 Institute of Economics CS of the MES RK,

The international community has chosen Kazakhstan as the “EXPO-2017” World exhibition venue.  Not many can be picked up for such honor. Suffice to say that  our country has become the first on the whole post-Soviet territory, who has been presided as a chairman in OSCE, conducted the  summit of this organization and will hold the EXPO-2017 – the planetary scale event. The forthcoming EXPO-2017 exhibition in Astana should give a a powerful boost to the country transfer on a “green” development path. The superior world achievements of science and technology will be presented in he capital. Many Kazakhstani will be able to see with one’s own eyes the “energy of future”, to which we aspire.

In XXI century the urban environment condition is not predicated only upon the infrastructure availability, i.e. physical resources. The smart city needs the smart solutions, which provide the brand new development. The smart city is a providing of a modern life quality at the expense of innovation technologies application, which stipulate the cost-effective and ecofriendly use of the urban life activity systems. The smart city is a smart management, smart inhabitation, smart people, smart environment, smart economy, smart mobility. In essence, the same goals, which Kazakhstan aspires to achieve by 2050 according to the President’s Letter to Kazakhstan’ nation as of 14/12/2012.

At the present time the “Smart city” automation system of recording and control allows to:

o  Automatize the recording and control of housing and public utilities resources;

o  Tool up the fire and security alarm and video surveillance systems;

The principal ides of a “Smart city” system is a creation of informational space, which contains the data on the controlled facilities work (counter devices of the heat and electric energy, elevators, electric facilities, engineered safety features, etc.). The facilities management is carried out over al distances in real operation mode (regardless of the facilities and a control center location in the city). The putting into operation of a “Smart city” system will allow not only checking the equipment operation, but accept the maximally correct managerial decisions.

The functionally complete subsustems are the base for the “Smart system” single system:

o  Dispatching and control of elevators;

o  Access control to the premises and to facilities;

o  other additional systems, such as the control of basements flowage, alarm of the combustion gases gaseousness, urgent voice communication, etc.

For the purposes of the Astana EXPO-2017 project implementation it is necessary to take five steps:

1. To implement the advanced innovative technologies.

2. To create the innovative clusters within the Astana EXPO-2017 territory.

3. To provide the EXPO-2017 ground with the autonomous infrastructure for the implementation of scientific and business projects

4. To transform the EXPO-2017 territory in to the powerful Central Asian ICT hub.

5. The EXPO-2017 should become the parent base for the public-private partnership.

In light of these provisions the adequate choice of location for the facilities under construction, the scientific rationale of the most rational distribution of novel technologies of sustainable development energy, from the standpoint of its provision with the mobile, labor, material, natural resources and achievement of a production top performance acquires the particular importance. Therefore the development of innovative clusters on basis of the “Astana EXPO-2017” infrastructure as well as the rendering of assistance to the creation of international platform in Astana is necessary for our country. The creation of international platform will confirm the seriousness of Kazakhstan’s intention to the implementation of advanced innovative technologies and render the practical support not only to the country in whole, but in the process of trans-border problems solution.

In the end it may be concluded that the development of innovative clusters, as the translator of novel technologies for centralized administration appreciably improve the life quality, as well as the innovation ecosystem, which promotes to the creation of a favorable climate for a free intercommunication and scientific inquiry.

The advantages of innovations creation in the cluster-based centers, which in the following may be used in other regions of our country, including in the process of the “Smart Astana” (“Astana – the smart city”) project implementation will be considered in the long view.

Astana Expo 2017 is one of the innovative phenomena of the post-Soviet Kazakhstan's state building project. In my recent academic article entitled Nation-building projects through new capitals: from St. Petersburg to Yerevan and Astana (http://www.tandfonline.com/doi/abs/10.1080/00905992.2016.1260535?journalCode=cnap20), I consider the expo as an important initiative to transform Astana into a Third Industrial Revolution city in which each of the buildings will become renewable energy generators. The term "Third Industrial Revolution" was coined by Jeremy Rifkin in his recent book "The Third Industrial Revolution; How Lateral Power is Transforming Energy, the Economy, and the World " where he focuses on new communication technologies and renewable electricity that can set up new fundamental economic changes in the world through transformation of all buildings into mini generation plants. The vision of Astana as the first Third Industrial Revolution city would be not only an innovative model for the entire region of Central Asian and the post-Soviet territory but would also create a certain system of relationships between modern science and the objects of its study. Among the indicators that determine the design of Astana Expo City is the cultural-national symbolic framework. Expo buildings in Astana are designed in accordance with the symbolic shapes of the ornaments of Kazakhstan's national emblem. The futuristic architecture of the city and ethnic-traditional and civic archetypes are keen to establish a link between defining the property of people’s identity e.g. past, present and future in defining the new civilizational identity of the Kazakhs.