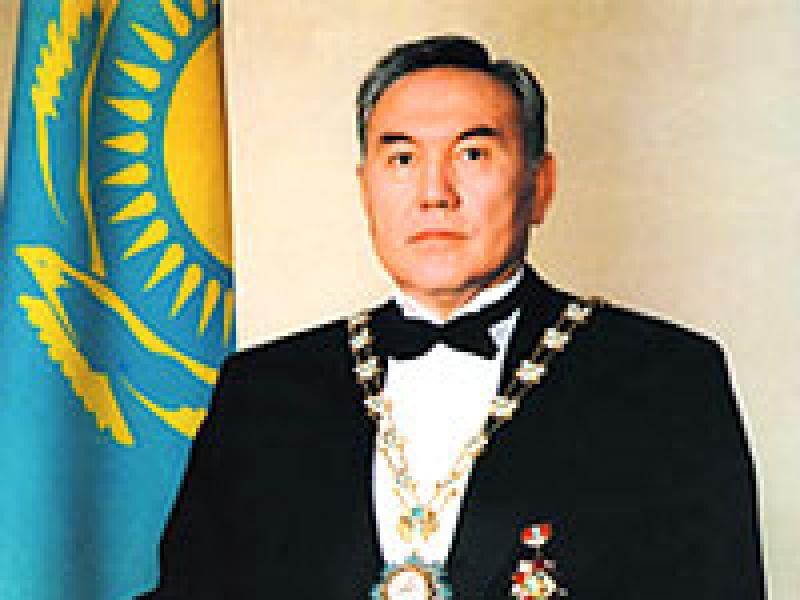 In it from positions of professional philosophical and politological approach unique gift of the President N.A.Nazarbayev as person and the politician – the gift designated in science as "phenomenon" reveals. This concept in relation to the human person includes a number of the semantic moments: in the most various areas of life and ability practically them to carry out a creative advancing of an era, promotion of innovative ideas.

In the book all major aspects of activity of the President, from foreign policy to internal life of the young Republic are shined. Thus the main thing that originators sought to emphasize are Nursultan Abishevich's humanitarian and spiritual mission in the Kazakhstan society and in the difficult quickly being updated world.

The edition is addressed to all who is interested in political science, philosophy, geopolitics, global problems of the present.

There are two points of view for a role of the personality in the history. One consider that this role is secondary. The history at certain stages of the development nominates certain people. Other point of view consists in what the personality forms historical processes. Anyway the civilization would be impossible without the people who have affected its course. That fact that Kazakhstan for a short piece from the moment of finding of independence became the recognizable state on the world map, – result of ability of his leader – President Nursultan Nazarbayev to feel features of an era and to understand the past, expecting the future.

Such is the general opinion of everything who to some extent adjoined to Nursultan Abishevich Nazarbayev who is anyway familiar with his activity. All agree that is the outstanding historic figure.

In general, the personality in the history is in many respects history of the leader. Exactly so considers a human factor in social progress the resident of the coordinator of the UN in Kazakhstan Haolyan Shue. "What such good leader? " – it asks a question. The leader has to possess, at least, three qualities.

It has to have clear vision and ability to realize it, despite of all difficulties. In this aspect, according to Haolyan Shue, ideas of Kazakhstan for the world and safety in the region and for the nuclear-free world were generally recognized also respect. That fact that the Republic refused possession the nuclear weapon and liquidated the fourth in size a nuclear arsenal at an early stage of the independence, granted it the moral right to play for the nuclear-free world.

The second quality "passionariya" – ability to empathize. The leader has to sympathize and sympathize with people.

And the third quality of the leader – he, his team and the people have to be able to reach results.

Kazakhstan achieved amazing results in the social and economic development. Ten years ago the country wasn't presented at all in a rating on an index of competitiveness of the World economic forum. Today it in it already on the 56th place. Ten years ago the gross internal product per capita in the Republic made 1 425 dollars. According to forecasts, until the end of this year this figure will make already 7 000. These results became possible thanks to anticipation, sequence and persistence of the Kazakhstan leader.

Nursultan Nazarbayev the world community carried for a long time to a group of historic figures. And it not only because of social and economic successes of the Republic. The president personifies independent Kazakhstan, new historical type of the state, so, and a new socioeconomic system. Finding by our Republic of independence, the period of formation and strengthening of new statehood are connected with his name.