«National Congress of Historians»: the goals have been defined 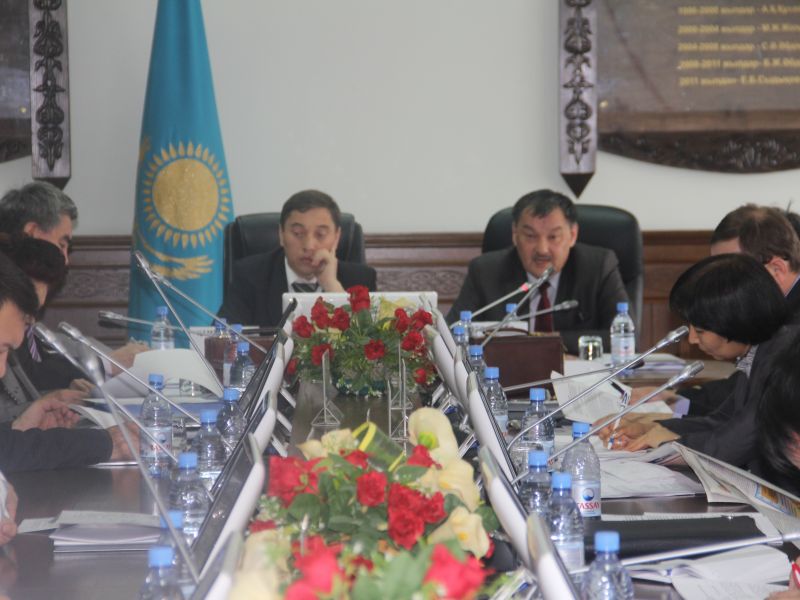 Meeting of the «National Congress of Historians» Public Association on the implementation of the Action Plan of extended meeting of the Interagency Working Group on national history studying from June 5, 2013 was held on June 5, 2013.

One month elapsed since the significant for the Kazakhstan’s Scientific and Historical Society expanded meeting of the Interagency Working Group on national history studying held on June 5, 2013 under the chairmanship of Marat Tajin, Secretary of State of Kazakhstan. At the same time, the second meeting of the Interdepartmental Working Group on the national history learning, chaired by Marat Tajin was organized exactly in that period on June 28, 2013 in Ak Orda. The special attention was paid to the fact that the main goal of the program was the creation of conditions for qualitative breakthrough of Kazakhstan’s historical science on the basis of advanced methodologies and techniques, the expansion of the horizons of Kazakhs’ national history, the formation of a new historical outlook of the nation, as well as understanding the recent two decades of country’s history.

Meeting of the «National Congress of Historians» Public Association was dedicated to the identification of the specific areas of further development of historical science, analyzing of the proposed scientific-research programmes of historians and formation of a working group on the development of a new «Concept of Kazakhstan’s historical science».

Tasks for the next volume of work on the approved plan of measures in the research area are: to ensure the development of scientific and applied research programme on Central Asian nomadic civilization; to prepare a project on creation of a laboratory of population genetics; to modernize themes of theses on national history in the framework of new approaches; to correct researches on doctoral programmes with the aim to meet the priorities of the national history research and «The people in the flow of history» programme; to provide training of specialists on interdisciplinary branches of historical science (anthropologists, archeologists, ethnographers, experts in the field of civilizational and cultural aspects of history), as well as qualified personnel in the field of restoration and museification (museologists-restorers, architects-restorers, etc.); to identify candidates for training in the Max Planck Institute (Germany) in the laboratory of Svante Pääbo on the Paleogenetics specialty; to create appropriate educational and methodogical centers for training specialists in the field of archaeological conservation, restoration, museification and learning of appropriate restoration techniques based on existing organizations; together with the Ministry of Culture and Information to create a periodic mass popular science «Actual issues of national history» magazine in Kazakh, Russian and English languages.

At the meeting the question on the place, date and preparations for the II Congress of historians of Kazakhstan, which will be held this fall, was discussed.

The workshop was chaired by the LN Gumilev ENU Rector, Yerlan Sydykov, doctor of Historical Sciences, professor, Chairman of the Board of the National Congress of Historians.