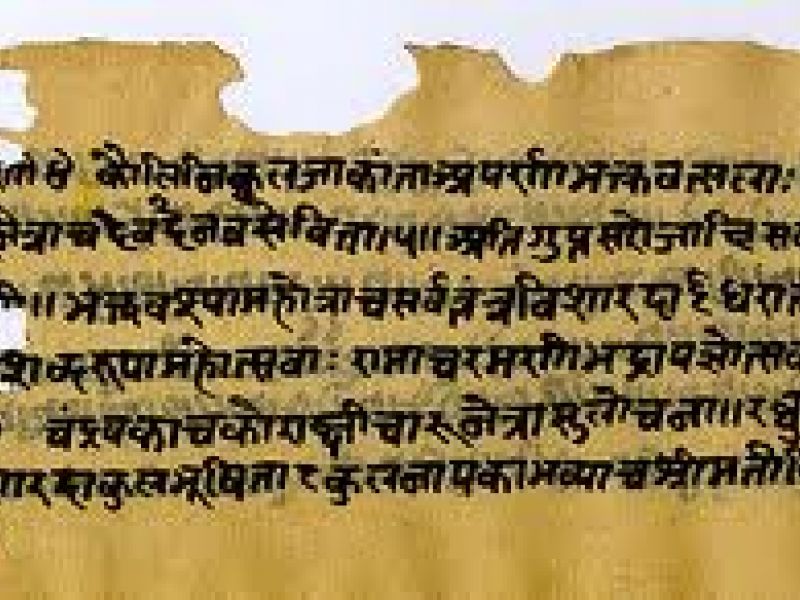 Some Articles from the Book of O. Zhanaydarov "Tengrism: Myths And Legends of Ancient Turks".

The problem of identification of ancient Turkic writing is one of the most complex and difficult problems, exacerbated by not just an extreme scarcity of sources on this topic, but also because of the centuries of prejudice and scientific fraternity. The majority of them rejects the presence of writing culture among the nomads (secular literature. The Orientalists of the 19th century caused the large harm to a correct understanding of the problem. They did not find the book (printing) products of the ancient Turkic peoples, and therefore decided that there was no culture at all among the nomads. The best of the researchers on the history and culture of Kazakhstan of the 19th century, A.Levshin wrote: "Neither the lifestyle of nomads nor the morals nor religion did not allowed Kyrgyz and Kazakhs to be educated. All their education consists of a few weak rays that almost involuntarily lighted up a man, who could think a little has imagination and takes impressions of surrounding objects, but at the same time, his knowledge is disfigured by superstition. The people who were able to read and write in their own language were regarded as scientists, but generally they did not know the letters." ("The description of the Kirghiz and Cossacks and Kirghiz and Kaisaks hordes and steppes." Almaty: Sanat, 1996. P.350). They were very interesting for this Orientalist of the beginning of the 19th century. The tendentiousness and preconceived notions about the culture of the steppe nomads. It seems that he forgot that at the beginning of the book he wrote: “The word “Kaysak” or “Kasak” is the spoiled name "Kazakh", the antiquity of which, according to some orientalists, goes further than Nativity”. (P.135).

The respected researcher of the Kazakh steppe of the last century, a contemporary of Pushkin, sends us to the events before the Navity, referred to as "BC". We should also look into the past, as if the word "Kasak, Kazak, Kazakh" is so ancient, then the ancient Turkic literature is probably just as old as the word itself.

The new interpretation of the "Behistun inscription" in the book “The language of writing” by O.O Suleymenov, allows us to find out that "Skunha Sak" is nothing more than a “Skun hasak”; we just need to divide these two words to other syllables, thus we can agree with the fact that was mentioned by A.I. Levshin in his work, which was based on the researches of the eastern writers. Yes, the word “Kasak, Kazak, Kazakh" was used as an ethnonym before our era, and it is mainly because “Behistun inscription" of the Persian king Darius 1 is dated 6th century BC. We can only search among the ancient manuscripts and books, for those who were familiar with A.Levshin and other orientalists of the past, and find among them the ethnonym "Kazakh".

The ancient Chinese historians, when speaking about the nomads from the north, Huns, called them "Khasak". These ancient Chinese chronicles left no evidence of the presence of ancient writing among the nomads. N.Y. Bichurin (o. Iakinf ) in his "Collection of information on peoples in Central Asia in ancient times" writes in several places: "They have a silver coin with the image of the governor, the Notes are written on glassine cross lines" (P.59). “They were supposed to put the stone with the image of the deceased and the inscription before the grave. All the military exploits, their inscriptions and letters are similar to the letters of people Hu (Huns,Hun)” ( p.229 ). On another page, he wrote: “The Turkic inscriptions remind the inscriptions of people Hu” (С.230). All these inscriptions belong to the intertemporal period when Hun Empire (Huns) broke up and their tribes and clans moved to the Altai in the 2nd and 5th centuries.

Writing usually arises in the places with an economic necessity. For example, the Assyrian and Babylonian clay tablets, mostly recording of a particular commodity, the number of pitchers, etc. or the different types of the trade notes. The ancient Turks in this sense were not original, and wrote on wooden tablets called "zhazba", with the use of knife, they cut the inscriptions on the number of men, horses, and cattle taxes. However, not only Huns had the writing, there were also the Scythians. So the Byzantine historian Menander says that Turkish Ambassador, Sogdian Maniah, brought a message from Hagan, which was written by "Scythian tribes".

Another question is that almost no one thought that the Scythians and Sahi, with rich material culture, "Scythian gold" and similar art of antiquity, constituted the whole philosophy and mythology, which was expressed in the crafts of the "animal style". They had no letters of the alphabet or some other ways to fix the records of the reality. Finally, the silver bowl, which has an inscription, was found in the in the Issyk barrow near the "Golden Man" in the 70s. However, we still cannot deciphered this inscription.

Meanwhile, the Herodotus, in his work on the stories about the Scythian Anacharsis, referred to the "seven wise men",  the Greeks themselves, and in the story of the tragic fate of the Scythian King Skil, narrated that these Scythians were the “literate"  people, in other words they were able to read and write in Greek.  The Anacharsis came from the Scythian land to Greece, to Athens, to visit the sage and the strategist (warlord) Solon for the knowledge and nothing else. He was sent to him by the Greek king of the Scythians. That is how Herodotus described it. Thus, the Scythians remained in history not only as great warriors, but also as a nation that had a great number of sages who were able to write and read.

Since the presence of "Scythian letters" is still controversial, it is necessary to say that the Greek and Scythian cultures had quite a big impact on each other. The Scythians were the nomads, and because of this, since the 8th century BC, the Greeks begun to colonize the Black Sea, as the Scythians did not tried to interfere. In scientific terms, this period from 8th to 5th BC, when the ancient Greeks moved to the shores of the Black Sea and founded there the city, called "the Great Greek colonization". The ancient cities and states of Miletus, Corinth, Olbia, Foca, Megara, Pantikapey, Hersonissos and many others were found neat the Black Sea. The Scythians and other nomadic tribes were located north or northeast, without interfering the Greek lands and cities. Indeed, they actively communicated with them. Sometimes, though, the nomads attacked the aliens. The reason for these attacks was due to the fact that the Greeks sometimes refused to pay the rent for the land. "Nomads, however, are mostly soldiers than robbers; they participated in war only for tribute. Indeed, they transferred their land in possession for those who want to cultivate it, and they were satisfied if they get the agreed money back, sometimes even moderate and not for the personal enrichment  but only in order to meet the required daily necessities of life. However, nomads attacked those who did not pay them money.

That is why Homer called these people “fair" and "poor" at the same time. In fact, if they would got paid on time, then they would never have started the war "(Strabon, "Geography". P.284). The fact is that by the middle of the first millennium BC, the Scythia has become a major supplier of grain to Greece. Therefore, Darius 1, the Persian king, and then his successor Xerxes, tried to neutralize the Scythia before attacking Greece, as it was associated with the former Greek cities, which constituted the basis of the Greece. Therefore, the campaigns of the Persian kings to the Scythia were aimed to the future war between Greece and Persia. It could be explained by the fact that prior to start the war, the Persians tried to capture the areas that supplied Greece with the wheat and other agriculture products. Even in those days, the Eastern Europe fed the Western and Central Europe!

If the presence of the high art of the nomads is true, the crafts from bronze, iron and gold, made ​​in the style of the beast, "animal style", then the existence of writing in ancient times, though not systematic, but existed in practice for household needs, supported by numerous inscriptions on the gravestones.

Since the nomads did not have their own alphabet, they used the Sogdian writing system, while the text was written in the Turkic language with the use of the Sogdian letters. The most famous of those monuments is the Bugutsk inscription. It’s hoisted on the mound in honor of one of the first Taspara Hagans (572-581), approximately 15 years after the embassy of Maniah.  It is clear that the Sogdian writing system was widely known among the Turkic khanate population, the inscription describes the activities and exploits of Taspar-khan. The translation of the text in Sanskrit (ancient Indian language) was made on the reverse side of the stone. We could call this Bugutsk inscription as a literary genre!

Nevertheless, it is generally assumed that the ancient Turkic writing was discovered and became ​​available to the scientific world in the 18th century, when the German scientist D. Messershmidt, who was under the service of Peter 1, and his companion, the captured Swedish officer I. Stralenberg, found in Yenisey valley the stele with cuneiform inscriptions. The texts were named Runic, as they were very similar to the Scandinavian runic writing. The "Runa" means cryptography. In 1889, the Russian traveler, friend of S. Valikhanov, N.M.Yadrintsev discovered in northern Mongolia, in the valley of the Orhon River, the stone stele with "runic" inscriptions. A few years later, the Danish linguist V. Tomsen made the translation of these texts. The first word was identified as "Tengri-God". The inscription on Kultegin and Bilge Kagan was the translation of V.Tomsen.