Home Interdisciplinary Studies Ethnography Astronomy is the most ancient of the sciences.

Astronomy is the most ancient of the sciences. 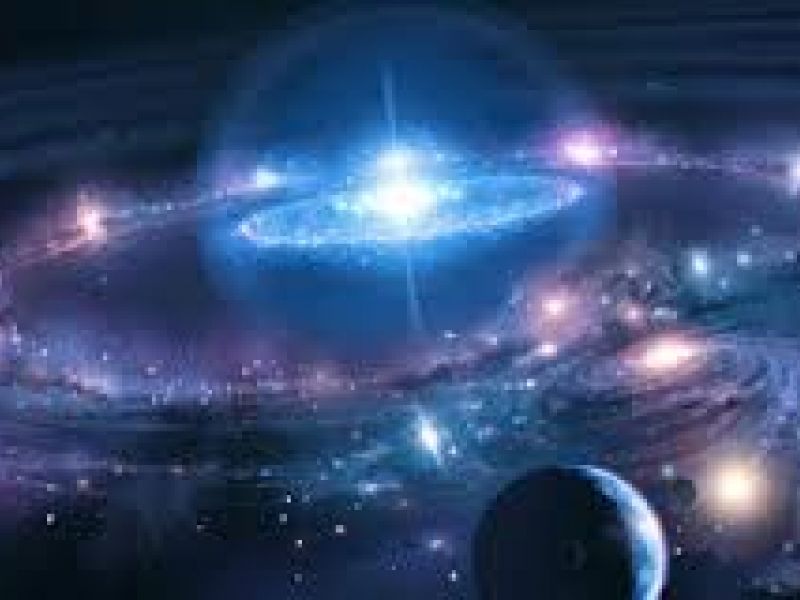 Astronomy is the most ancient of the sciences. In particular, there is good reason to believe that the name of the most popular in the Northern Hemisphere constellation "Great Bear” was given to him , at least 100,000 years ago. The fact that the seven brightest stars in the constellation is now look more like a bucket, like an "Aspan Kayygy" (Celestial Boat"), but not as a bear. Indeed, 100,000 years ago the star constellations were very similar to the outlines of bears. The stars move across the sky, each star in the universe moves by its own path, and therefore the shapes of the constellations are changing for the period of hundreds of thousands years. It is important to mention the fact that 100,000 years ago, the ancient people were already able to speak and designate the celestial objects. They gave names to the stars and constellations, which indicated the fact, that human acquired speech and mind a long time ago. Especially now, when no one can say exactly when it happened.

In the Kazakh tales the Great Bear was called “Jeti karakshi” ("Seven Thieves") or "Aspan Kayygy" ("The boat from heaven"). Each of those “Seven Thieves” were tied to the North Star along with their horses, the Kazakhs called this star "Temir Kazyk" ("Iron count"), around which revolved all the other stars and constellations.

Herodotus, in his "History", writes about the beliefs of the Scythians: "The Scythians worshiped Zeus, Gaia, Hestia - goddess of fire, Ares, Aphrodite, Uremia ... They have decided not to erect the images, altars or temples to any god except Ares. To him they will do.

Among the Scythians, the Zeus was called Tengri, Gaia was called Umaysheshe, the Sumerian version is Inanna, the Greek Ares is the Turk and Kazakh Arai, the Latin Mars. You can continue to the end of a series. In Greek writing, the name of the Zeus was used as Popeye. In Turkic version Babai (Ata-Baba). Popeye was the progenitor of the Scythians. Gaia was the progenitor of the Herodotus Scythians i.e. Api or Apay. As we remember, the union of Heaven and Earth is the union of Zeus and Gaia i.e. the union of Popeye and Apay.

Hestia, the goddess of fate, was called by the Scythians as Tabiti, i.e. Taube (Tauba) - destiny, fate.

Most scholars agree that the names of the constellations were first given in the interfluve area and the surrounding areas. The astronomy and mathematics were well-developed among Sumerians and Babylonians. They formed the basis of other ancient sciences. The names of the constellations and stars, which were taken from the life of a nomad pastoralists and decorated the star map, are better than any other document, as they talk about the origin of the steppe: Hare, Lion, Wolf, Swan, Horse, Greater and Small greyhounds, Aries (Ram), Taurus (The Bull-Oguz), Capricorn, Sagittarius-Mergen-Centaur-horseman galloping on a horse, Tulpar-Pegasus - the winged horse.

In the modern Turkish books about the stars, the constellations of Pegasus are called "Am Zhuldyzy" - "Star of the Horse". The constellation of Orion, which could be characterized by the three bright stars, has the exact Kazakh name "Ush argali Tarazi" - (Three argali, three deer).

Since Sky is the reflection of human affairs on earth, then in the names of the stars, planets and constellations our ancestors interpreted the most important events in their lives. The sky had practical significance not only as a landmark in the vast steppes or nomadic ways, but as a witness and the judge, as an assistant and savior.

In the sky, the farmer saw the reflection of his labors and life.

In the sky, the nomads seen the reflection of their hard camp life. People were transferred their most important realities of life to the sky, thereby fixing their history in the minds of people.

I do not separate the Turkic astronomy (including Kazakh) from the European, Indian or Chinese, because the northern hemisphere is common to all the peoples of Eurasia, who live under the constellations of the Milky Way.

Generally, when people talk about the renaissance of the east, for some reason, they do not remember that Al-Farabi, Biruni, Ibn-Sina and other scientists of the medieval East were Turks, who lived on the earth of Turkestan before the Mongol invasion, and their achievements are the common heritage of the Turkic peoples, especially Kazakh. It comes to the fact that nomads denied everything, not only the presence of ancient writing and literature, but also science, mathematics, geometry, metaphysics, philosophy.

The Knowledge were transferred from one nation to another on the ancient Kazakh land, through which the Great Silk Road was laid from East to West, and it would be wrong to deny one nation over another in the elementary ability to observe the night sky. The same way it will be wrong to prefer the scientist from one nation in mathematical abilities or natural philosophy to the scientists of any other nation. The Kipchak, Al-Farabi, lived in Otyrar in the 10th century, and among hundreds of his works he has left us a legacy treatise “The Science of the Stars”.

This except the major work "Comments on Al-Magestu", which is real and critical analysis of the book "Al-Magest", which was written by the Greek astronomer, theoretic of the geocentric system universe Claudius Ptolemy. In another treatise, "Metaphysics", Al-Farabi makes amendments to certain provisions of Aristotle.

In his treatise, "The Science of the Stars", Al-Farabi separates astronomy, the mathematical science of the stars, from astrology, calling it the science of stellar sentences, as if to emphasize some "incorrect" nature of astrology as a science.

Another Turk Ulugbek, the descendant of Timur, as you know, was a scientist, mathematician and astronomer, who wrote treatises on his own and measured the distance to stars . He built the observatory in Samarkand, which served him many years. Although the Kazakhs can be proud of their self-ancient observatory in Malaysary.