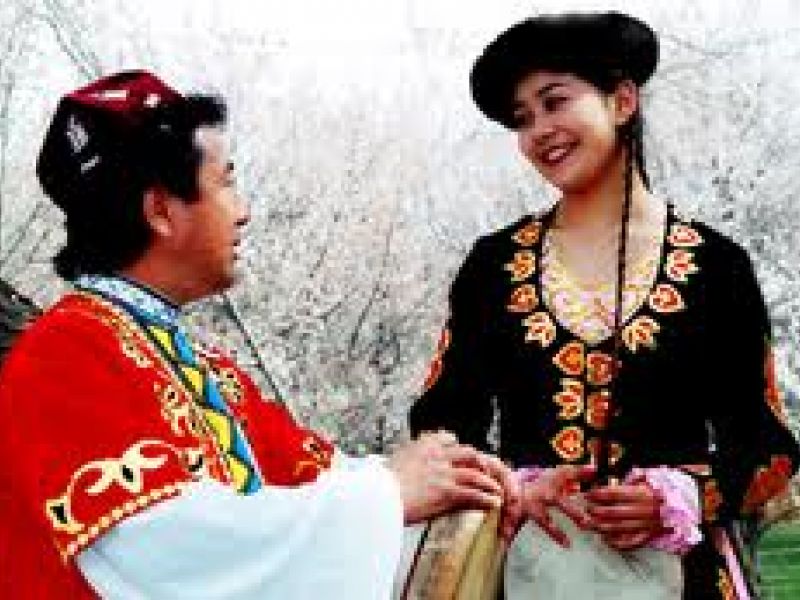 Shezhire, the Pedigree of the Kazakhs in the book of Shakarim Kudaiberdiev “Genealogy of Turks, Kyrgyz, Kazakhs and their Khan dynasties”. Almaty, the publishing houses “Kazakhstan” and “Sana”, 1991.

Radlov recorded the legend about the origin of the Uighurs, according to which in the old days, in Gaoshan terrain, on the land of Uighurs, which is called Gulin, the two rivers originate - Tohula and Selenga. There used to be a tree here in this interfluve area, on a mountain, from which the bright sunlight suddenly began to pour. Then the people came to him to see this miracle. This tree was not just shined, it was also convex, just like a pregnant woman. This tree had five sons, and the people began to call them devine, they nourished them, brought up and gave them names Sunkartegin, Koturtegin, Tugeltegin, Ortegin, Bukategin and made the younger son Bukategin his own khan.

Name "tegin" is used to describe the noble people of princely origin, "blue bone." After thirty generations, only one of the five sons, Ioyluntegin, became the khan, and for many years, he fought with the khan of the country Tan and finally forced them to marry their princess Czinlin with his son Ioyluntegin.

These Tan hani are supposed to be Tatans or Tatars, which means Tan khan is the Tatar khan. They lived on the Mountain Peli-puli-tau. Translated as the mountain where the ruler was a woman. Next to them were the Cheli-taha Mountains. Celestial Mountains and in Kazakh it means as ordered by the destiny. There are mountains, called Huli Taha, which means happy mountains. One man, that was sent by the Tan khan, saw these Happy Mountains – Kutta tau and thought, that it would be good to throw a rock on top of this mountain in order to erase the happiness from the people.

He paid a considerable amount of money to Ioylunteginu for this rock, however he was not able to move this mountain and therefore he set the fire around it, he splited the rock and dragged it by pieces. The animals that lived in the area around this rock were screaming, the birds and the beasts, after seven days Ioyluntegin died, as well as all who followed him on the imperial throne. Then people left this accursed place and moved to Besbalyk or Besshatyr, the five fortresses. In the north. Under the North Star, they had a river A- chu or Aksu, in the west – U-don-Kashi, which means Hotan or Kashgar, on the east Si-fan or Tibet. They owned that territory. This migration happened for more than 970 years before the Bar-chizhu-ertegin was a Khan.

Thus, the version recorded by V. Radlov about the fact that people descended from the tree, does not stand up to scrutiny. Even so, there is only the fact that his son was Bukahan Bodanzhar Khan. The fact is that Abulgasim Bahadur Khan indicated that Bodanzhara had two sons - Buka and Toka. This Buka is Buka tegin and Toka is Toka tegin, and the assertion that the tree poured the sunlight from which he had a children, could only approve the lie and some loosely behavior of their mother Alanga…