Conditional share Mongoloid elements in the population of Kazakhstan in various cultural and historical periods according craniology. 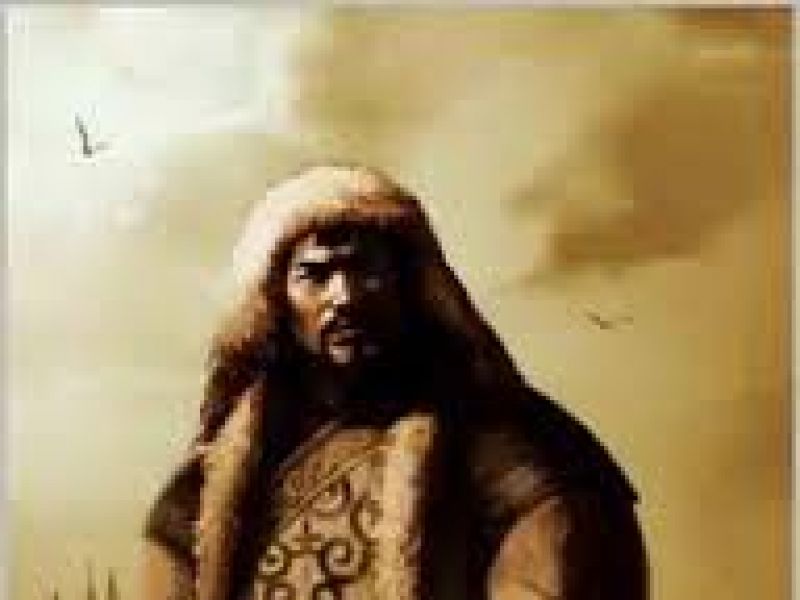 Conditional share Mongoloid elements in the population of Kazakhstan in various cultural and historical periods according craniology .

Thus, the paleoanthropological materials of Kazakhstan suggest that the typical modern Kazakhs phenotype finally formed no later than the XIV-XV centuries, based on a complex interaction of the two big races - the autochthonous  Europeoid and the imported Mongoloid. All this is now a single monolithic alloy of anthropological structure of the Kazakh people.

In the considered aspect, contains important information in the extensive and unique materials on the anthropology of modern Kazakhs. Among them, a special place is occupied by craniological series of Kazakhs, who are essentially the most reliable, and often the only source for the comparative analysis of racial genesis of the Kazakhs, as well as in determining the continuity of genetic links between the modern and the ancient inhabitants of the Kazakhstan. Thus, a detailed study of craniological series of local Kazakh diversity in some extent highlights the features of polymorphism within the population, gradually accumulated at various stages of formation of total aggregate of Kazakhs as a single ethnic group. There are several craniological series from different regions of the republic, possessing the characteristic features of Turanoid race and belonging to a single local version. However, among these showed a certain variability in the ratio of Europoid and Mongoloid despite the long and repeated mixing processes with local populations in Kazakhstan since antiquity.

Definition of the conditional share of Mongoloid elements in craniological series showed that the modern Kazakhs had about 70%.  Consequently, in the anthropological and morphological characteristics of craniological series of Kazakhs manifested the ancient local substrate upon which was superimposed over several millennia substrate component of Mongoloid origin, gradually became the dominant (see Fig. 2). In general, such a demonstration of regarding to uniform correlative links between various biological indicators confirms some independence of racial genetic process in which the leading role of the ancient ancestral Europeoid component was historically conditioned. This component is actually represented in the physical appearance of modern Kazakhs.

The same anthropological picture as a whole can also be seen in other systems of fen - markers , in particular according to anthropometry Isoserology , dermatoglyphics and Odontology . Key findings on racial somatology show . that the entire settlement Kazakhs are characterized by a pronounced homogeneity and have a single anthropological fenoob - face . In accordance with a clear regional localization within the territory of modern Kazakhstan, their physical type can be called Kazakh option turanoidnoy mixed race .'' As a part of this race , other than the above options , experts highlighted two more local : prityanyiansky and Altai-

Fig. 3 . Interposition of Kazakhs among some peoples of Eurasia by measuring the amount of ( a) and descriptive ( b) evidence of the head and facial region .

hayansky typified by recognized Kirghiz [ and Khakassia. According to the morphological indicators of intergroup comparisons both options turanoidnoy race differ from Kazakhstan increased racial elements of east trunk ( Fig. 3).

In the anthropology of Kazakhstan is also reflected and the study of ethnic Kazakhs in education serological aspects. Filed by the ABO system for the Kazakhs , can generally be considered to be established predominance of allele 0 . The percentage of alleles A and uniformly , and the concentration of gene frequencies p ( A) q ( B) are sufficiently close together ( A > B). This fact suggests that the genetic -i cal structure of the Kazakhs almost evenly combined initial composite components on the basis of serological factors - Caucasoid and Mongoloid . The main goal in this system of blood groups for the Kazakh population as a whole is as follows:

Examination of the distribution of blood groups MN among the Kazakh population has shown that they are characterized by the predominance of the allele M over N. Percentage of individuals with the presence of both alleles MN among local populations much larger than one . According to the degree of concentration of gene frequencies for this locus Kazakhs exhibit a relatively high percentage of m (M) and moderately low p ( s ) . Establishing for the locus MN frequency of phenotypes and genotypes of the Kazakhs most closely suited to these indicators among the peoples of Central Asia. In relation to the Caucasoid group identified the frequency of the Kazakhs are on the border those of the peoples of Eastern Europe. In general, the Kazakhs are very definitely mixed media features for the locus MN12.

Served system Rh factor among Kazakhs exclusively dominated by people with Rh - positive reaction over Rh negative. They are characterized by a relatively high content of allele D. Throughout the study area index of occurrence of Rh negativity is stable , as the variability of gene frequencies on the locus of the Kazakhs is small, and they are a homogeneous community of natural history . On the scale of the total Kazakh population concentration level of the gene d reaches the prevalence of the allele in the population of Eastern Europe, but it is somewhat larger than that of Central Asia. In general, for this genetic marker results definitely indicate a mixed origin of the Kazakhs between Caucasians and Mongoloids . Here as a brief illustration, take the percentage of Rh- negative factor among the peoples of Eurasia. However, with interest previously converted into points . Given the polarity of the genetic structure of populations of comparative Kazakhs are on four points away from the modern Mongols , five points - from the indigenous peoples of Central Asia and the ten points of the Eastern Slavs. Generalized genetic value on the studied loci suggest that on the ass - translational level of the Kazakhs is quite possible there is a gene pool . Its specific feature is most evident in the inter-ethnic comparisons , where a serological against the most typical representatives of both Caucasoid and Mongoloid racial types differ significantly from the generalized genetic indicator of the Kazakhs ( Fig. 4). -

Fig. 4 . The total genetic distance Kazakhs from some nations of Eurasia.

Thus serological analysis reflects one of the ways of microevolution of modern Kazakhs and at the same time shows the proportions in which they have preserved the original genetic characteristics , as well as showing their conditional distance etnoantropologicheskom  in the development of the populations of neighboring territories.

As is known , the specific combination of features of polymorphic skin relief fingers and palm possess high taxonomic value. These dermatoglyphic data on contemporary ethnic groups are now widely used in the anthropological science. In the submissions received the full range of features dermatoglifiki evidence of homogeneity of local groups Kazakhs and the homogeneity of its population as a whole. By the properties of skin patterns Kazakhs are at the junction of Mongoloid - Caucasoid groups " , ie relate to the populations metisnye origin ( Fig. 5).

Fig. 5 . Generalized dermatoglyphic distance Kazakhs ( K) from some of the peoples of Eurasia .

In modern anthropology , along with data on racial somatology , serology , dermatoglyphics characteristics are also studied dental morphology of human ethno-genetic aspects. As is known , the morphological structure of the dental system is one of the most important sources of biological and historical information vtsii , as a number of important features of dental topography indicates the presence , consequence of the ancient features. Odontology analysis allows

In general , dental characteristics of the Kazakhs detected in

• basically the same pattern as in other systems anthropologist , ' logical signs , ie, racial somatology , serology , especially dermatoglyphics ( Fig. 6). This is evident , first of ' all is that in the dental morphology characteristics of the Kazakhs "Eastern" orientation prevail over the features of the "western " . However, the performance of some fen dental relief " Western" stem to a certain extent decrease as we move from the western to the eastern part of the country. The identified "western " stable component in modern Kazakhs genetically goes back to the ancient local substrate.

Thus , large-scale comprehensive anthropological study of contemporary cognitive Kazakhs contain enough information to fully correlate with data in the development of interdisciplinary research problems of ethnogenesis , and all this, taken together , conclusively demonstrated the generality of the genetic process and ways of forming ethnic and cultural foundations of an ancient and modern population Kazakhstan. With the ancient origins of the formation , the Kazakh people finds its real existence as a separate ethnic entity from the middle of II millennium BC. e . , which is recognized by most researchers. From this time , as evidenced by the full range of sources,

Local populations have formed a single ethnic array with all the specific features of the gene pool and phenotypic appearance, with distinctive cultural features and the foundations of the modern language throughout Kazakhstan .

This anthropological , linguistic and ethnic Kazakh people as appears to the historical development of a new range of contemporary diversity of cultural contacts in a single system of human civilizations