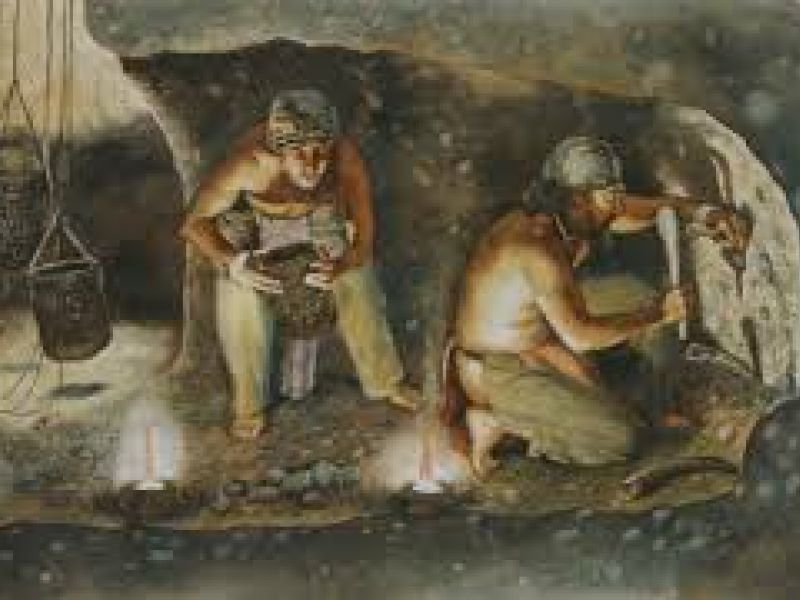 They appeared not only in Sumer, but also in Elam, Crete, Mykonos, Iran, India, and on other lands.

The next large resettlement of the Turkic people in the southern and western directions began in the XIII century BC with the invention of a saddle. They reached Egypt.

This all confirms the direction of migration of the Turks descendant-tribes, places they lived, their continuity of ancient arkaym-syntastinsk culture of their ancestors. It is surprising that Turkic tribes managed to keep traditions and culture of the most ancient ancestors of proto Turkic people-arkayms from Ancient Turan range for 6000 years.

Kazakh people have preserved elements of the ancient culture of Turkic people and Tengrian outlook. Sometimes it is automatically said: "Tanir zharylkasyn", which means "God bless you".

As it is now established, there was more ancient Arkaim-Syntastinsk culture. Its origins came from the steppes of ancient Turan, what inherited their descendants Sumerians, Elam, Hittites, Sakas (Scythians), Huns, Kipchaks and other Turkic tribes. Now it is proved that the steppe was the first in Eurasia who used copper, bronze and metal products in V millennium BC earliest in the Eneolithic period. Deposits of copper located in Dzhezgazgan, Northern Pribalkhash, Karkaralinsk and other territories of present Kazakhstan.

Mastering Kargaly copper mines started in IV-III millennium BC. Secrets of receiving and processing the bronze were in the territory of the Ural and Sary-Arka, present Central Kazakhstan. So, it is indisputable that the metal is a hotbed of ancient Turks’ Turan, including the Ancient Altai, whereas almost entire world did not know about the metal and steel industry yet.

The Sumerians, founders of the ancient culture of the Middle East, arrived in the middle of IV millennium BC. between the Tigris and Euphrates, bringing culture associated with copper and bronze from the old country of ancient Turan. Obviously, they didn't lose touch with the Homeland and received raw materials for production of various manufacturesfrom there because for that period, on new mastered places the similar raw materials were absent. Bronze equipment and products manufactured in the territory of Kazakhstan and the Ural began to spread across the whole Asia and Europe.  The Turkic tribes: Saka, Scythians, Huns and others were moving in all directions, seized and conquered new territories, carrying their culture, bringing the metallic article and items, as well as the technology of their manufacture with them. Bronze ware of Turkish origin archaeologists found everywhere, especially in Kazakhstan, in Ural, Siberia, the Middle Volga region, the Black Sea, on the Don, in Western Europe and in all other parts of Asia.

Not by chance, Turkic people called the city as "kala" which meant tin, or "Kent" which meant ore. By the way, there are cities in Europe with Turkic names Kala and Kent.

Originally jewellery art also began in ancient Turan, which then spread to Mesopotamia, Bactria, Asia Minor, Ancient Greece, India, and other ancient worlds, and reached its greatest prosperity in the era of the Saka-Scythians. According to M. I.Rostovtsev (Scythian art), the art of "animal style" started in Central Asia and to the south of Russia and China "animal style" of ornamentation came from outside. "Animal style" is generally reflection of outlook of ancient Turkic people, judgment of their communication with the world of nature and heavenly space. Turkic people who have had a major impact on the cultural and political development of the people of the whole Eurasia lived and enlarged in the steppes of ancient Turan.

It is known that the area of the Afanasiev culture encompasses habitats of arkaim-Turks, Aryans, Sakas (Scythians), Huns, turks of Turk Empire in VI-VIII centuries. n. e. with their Turkic culture.  The cuneiform writing, Turkic runic scripts, Stella monuments were found in the places of residence of Turkic tribes. All above mentioned tribes are anthropologically Caucasoid.

Researches of Arkaim by astroarcheologist K.K.Bystrushkin (Arkaim – super observatory of ancient aryans. The science and life) as astronomical observatory, showed its similarity to a known monument of  Stonehenge in England, but on age the Arkaimsk observatory is much more senior. It is one more sensation about Turks! Arkaimsk – Syntastinsk culture including the forms of government idolizes the leaders. Burial traditions of Arkaim nobility actually repeated throughout the ancient world among the tribes of the Sumerians, the Elamites, Eblaits, Hittites, Elins, Margiana, Bactrian and others. Probably all these tribes have common Turkic roots.

Found of Arkaim-Syntastinsk civilization answered the questions of many scientists and historians who could not fix homeland of newcomers: the Sumerians in Mesopotamia, the Aryans in India, the Hittites in Asia Minor, the aliens of Mycenaean culture, and others in the ancient worlds. Periodical migration of Turkic tribes to the west and south countries, began from Ancient Turan, brought the ancient Turanian culture since the bronze era.

Asia, which was considered as if it was carrying a certain culture from one "Indo-Europeans", suddenly became the first carrier of civilization in the world! It doesn't keep within in concepts of Europeans which fairly imagined about history and culture. In truth, archeology is science that can correct the mistakes of history and expose false doctrines of pseudo scholars and pseudo-historians.

In a word, archaeologists have shown that the initial hearth of civilization in Eurasia is the ancient Turan, including Arch - "Land of the cities", Sary-Arka and Altai, metallurgy which.  never stopped since V millennium BC and acts according to the current time from the same Turkic people, the Kazakhs, with almost the same culture and the same Turkic ideology. Obviously, political times,when historians and archeologists of Soviet Union treated history on command of the authorities, passed. Today, on the basis of the new discoveries of archaeologists, linguists , at least, the state history of the Kazakh should be reviewed since the time of ancient Turan.