Research Centre for the study of the civilization of nomads 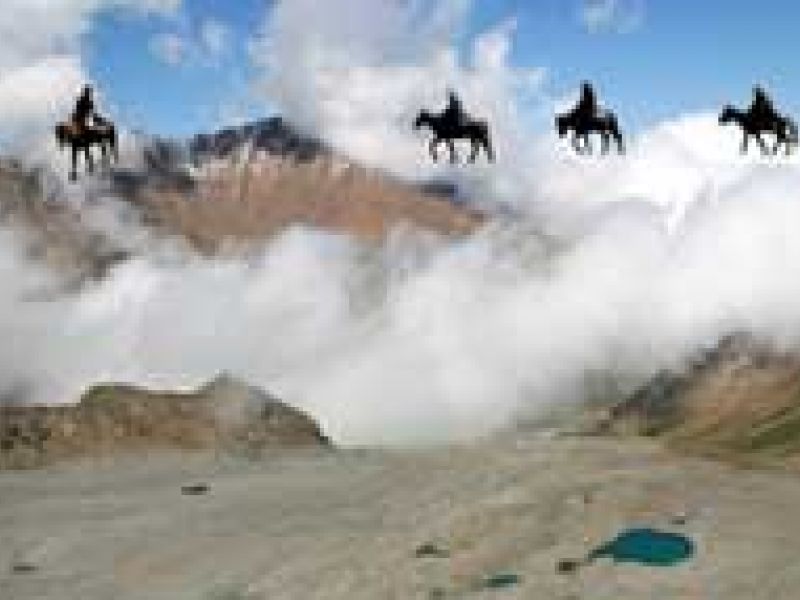 Conference, organized by the Scientific Research Institute on Problems of the Cultural Heritage of Nomads, was held in Almaty for the second time.

The first such event was organized thanks to the late Professor Nurbulat Masanov two years ago. Then, like this conference, it had a wide effect on the scientific and information space of Kazakhstan. In addition, in fact, there are not so many platforms in the world where scientists from different countries can purposefully, in the format of scientific debate, discuss the historical development of civilization and culture of nomads.

The fact that the conference was held in Almaty for the second time, allows to say that despite the relative youth, the Kazakh Scientific Research Institute on Problems of the Cultural Heritage of Nomads has already obtained a decent credibility in the scientific world.

We express our personal opinion — many historical scientific institutions with a much longer history are very seriously inferior to him in this regard.

Of course, to a large extent, it is a merit of the late N. Masanov, the first Head of the Institute (a round table dedicated to the scientist’s contribution to the development of nomadism history study was held at the conference), and his companions, in particular, the famous Kazakhstan historian Irina Erofeeva.

At the conference world scientific community researching nomads was represented very well, by «the whole world» in fact: from research centers of Vladivostok, «through» Bishkek, Tashkent, Moscow, Warsaw and Paris to the Madison University in the United States.

Names of American scientist Anatoly Khazanov, theauthor of «the bible of nomadic studies» and the most famous work «Nomads and the outside world», and Vadim Trepavlov, Russia’s largest specialist on Eurasian nomads from the Institute of History, Russian Academy of Sciences (RAS) are well known by historians and culturologists on nomadic problem. To our knowledge, no other research center in Kazakhstan could not attract so many and so well-known experts.

The fact that the theme of the conference was not limited by historical and geographical space of Kazakhstan is very important. Speakers raised a variety of scientific questions and issues, including historical dynamics and causes of conflicts between agricultural civilizations and nomadic people, connection between the development of nomadic societies and climate changes, political development of Dzungars, relationships between Russia and the Golden Horde, the military art of nomads… The thematic focus of the conference was so widely filled like in the situation with participation of famous scientists.

— Kazakhstan science not only save its position, but, on the contrary, improved, and raised it. The fact of creation of Scientific Research Institute on Problems of the Cultural Heritage of Nomads confirms this. It is a unique project, the only institution dedicated to exploring of nomadism issues. Outstanding scientists of nomad issues in different countries without any effects had been dreaming about its creation for twenty — twenty-five years. And this institution has been created. And, in my opinion it was created in the most correct way. It brings together scientists from different disciplines which are: historians, archaeologists, anthropologists, geographers, allowing to solve problems in an integrated manner. Naturally paying attention, very much attention, to the problems of Kazakhstan, however, from a broad global perspective, as the name of this conference suggests. Each year dozens of conferences dedicated to the nomads are held in the world. But this is the first one, as I know, which dedicated to nomadic studies in general — Anatoly Khazanov declared at the conference.

This observation can be called a milestone of the national historical science. There is no secret that ambitions often claimed by individual scientists and even the leaders of research teams do not meet the real potential.

However the last conference, as recently published in Almaty «Scientific knowledge and myth-making in modern historiography of Kazakhstan», can be considered as clear signs of healthy trends in the historiography of the country.