Formation of the new state 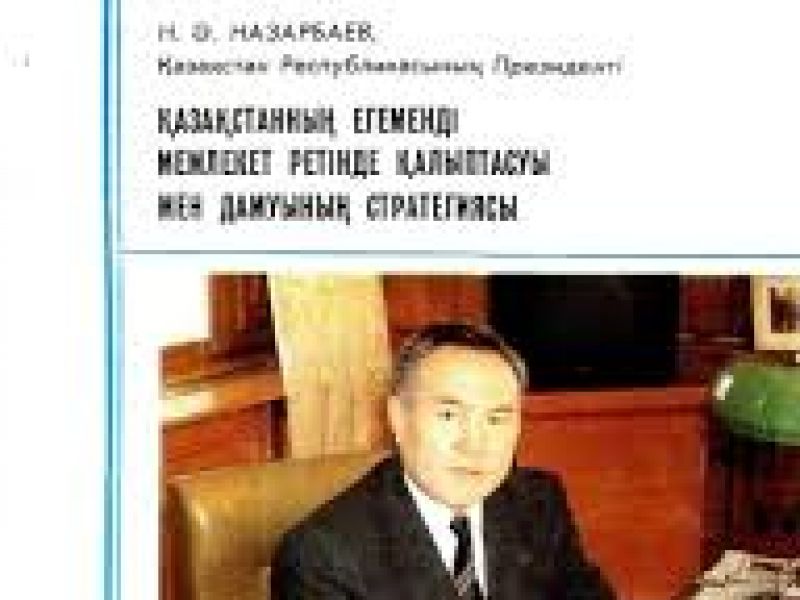 Basic provisions of the Constitutional Law "About the State Independence of the Republic of Kazakhstan" are opened in seven chapters consisting of 18 articles. Article 1 of the accepted document says that the Republic of Kazakhstan is independent, democratic and constitutional state independently defining and pursuing domestic and foreign policy, which territory is complete, indivisible and inviolable.

In the final provision it is noted that the Republic of Kazakhstan has the state symbols - the coat of arms, a flag, the anthem. The capital defined the city of Almaty.

Adoption of the Constitutional Law "About the State Independence of the Republic of Kazakhstan" was the beginning of the original sovereignty of the new independent state, qualitatively new stage of democratic transformations in Kazakhstan, throughout the democratic processes which were taking place after December, 1986. The constitutional Law promoted understanding by the Kazakhstan society of positive sides of former political system. Resolute cleaning of economy and policy of recurrence of totalitarian system was legislatively fixed.

Declaration of the real sovereignty allowed to achieve country recognition by the outside world. The constitutional Law helped to settle completely a border question with China, Turkmenistan, Uzbekistan, Kyrgyzstan, Russia. It laid the foundation for policy of trust, partnership and stability on the Euroasian space. Conditions of full confidence of the safety were provided to all citizens of Kazakhstan. The law became an internal impulse for all Kazakhstan people. The trust, consent and stability was legislatively enshrined in the Republic of Kazakhstan. The law formed a basis of future Constitution of the state. Provisions of the Constitutional Law were put above standards of the existing Constitution Kazakh by the Soviet Socialist Republic of 1978.

Construction of new Kazakhstan statehood in the first half of the 1990th years was conducted in strategic, institutional and symbolical aspects.   After legal registration of independence of the Republic of Kazakhstan before society a number of paramount tasks was put:   creation of the state institutes of the power, state recognition on the international scene, its accession to the various international organizations.

The strategic objective determined development of the sovereign state with the strong presidential power. The country leaders were faced by questions on which decision depended not only effective functioning of political institutes, but also existence of the Kazakhstan statehood: definition of a clear boundary of statehood; solution of urgent problems and carrying out reforms; creation of institutional structures for ensuring support of high-quality development of society; definition and frontier strengthening.

These tasks were issued in "Strategy of formation and development of Kazakhstan as sovereign state", developed by N.A.Nazarbayev (1992). Taking into account the created vacuum in outlook of all society Strategy I laid the foundation for formation of the policy guidelines connected with self-determination of the people of Kazakhstan.

The following basic item of Strategy was the solution of problems in economic sector. The concept of the German economist, the Minister of Economics was taken for a basis, and is later than the chancellor of the Federative Republic of Germany (FRG) Ludwig Erhard. The freedom of enterprise provided by the state and a choice of a field of activity had to become a basis of market reforms. Thus, already right at the beginning the Kazakhstan economy was focused on use of experience of the western countries.

Strategy was aimed at change of social psychology, at disposal of fear before independent business.   It was declared intention to enter national currency (tenge).

Further, estimating value of Strategy, the President of the Republic of Kazakhstan N.A.Nazarbayev noted: "It was the squeezed program. Four directions in the political and economic sphere, four directions in the sphere of ideological consolidation. I didn't change the reference points proclaimed then. You judge".

International consent, intra national unity, ideology of modernization of the Kazakhstan society, interfaith consent and religious tolerance - the main directions in ideological consolidation of the Kazakhstan society. Then, in the first half of the 1990th years, development of democratic processes in Kazakhstan was considered "as the main priority" only at 4-5% of the population of the republic, states the President. At the same time more than 60% preferred such priorities, as a stable and normal standard of living, the world and tranquillity in the republic, family wellbeing, own health and a personal security". The realistic understanding of a situation and tasks allowed N.A.Nazarbayev to formulate medium-term state approach: at first - economy, then - policy.

Symbols of Kazakhstan are certificates of its sovereignty and independence, unity of people and power. They express idea of the Kazakhstan statehood, consolidation and tendency to national and universal values. The purpose of the state symbolics is, on the one hand, fixing of the main priorities of idea of statehood: integrity, independence, unity in consciousness of citizens of the country, on the other hand, formation of image of Kazakhstan at the international level as supporter of peaceful neighborliness. In the state symbols the artistic image reflects the main lines of the Kazakh philosophy - fundamental national and universal values which help to keep historical continuity of generations. The state symbols are external forms of ideology of national statehood.