Home History of Kazakhstan Kazakhstan in the Soviet Union Postwar Kazakhstan (1946-1970) Growth of working class, its role and place in social structure of the republic.

Growth of working class, its role and place in social structure of the republic. 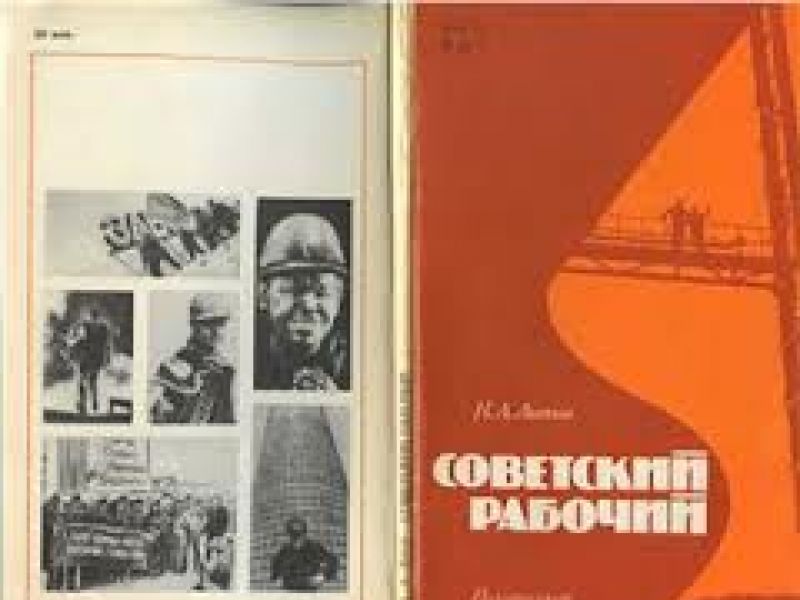 Quantitative and high-quality growth of ranks of workers of Kazakhstan in the 60th turned them not only into the largest, but also the most numerous class which became suppressing in the republic. In 1970 more than 3,4 million workers that was in 5 times more, than in 1940 29 were. By 70th in Kazakhstan there was a specific weight of workers greatest across the USSR and the smallest — collective farmers. These changes in social structure of the population as though testified to strengthening of a tendency of society to social uniformity. Though actually essential distinctions not only between classes and social groups, but also in the most working class were considerable.

Up to the middle of the 60th growth of number of workers advanced increase in the population of the republic approximately by 1,5 times, steadily increasing their specific weight. The sharp increase in number of workers was connected not only with expansion of formation of their shots, but also at the expense of input in a system of the new enterprises, in particular again created industries, the broad state-farm construction developed in connection with development of virgin and laylands. From the middle of the 60th with a steady growth of absolute number of workers their specific weight as a part of industrial произ-водственного the personnel decreased a little that was connected by sbystry increase in number of technical officers.

Kernel of working class, as we know, are industrial workers who in 1970 made more than 1/4 all its structures.

The number of industrial workers in 1960 — 1970 grew by 39,6% (from 530 thousand to 877 thousand). Owing to primary development of the heavy industry the leading place in the ranks of industrial workers was taken by workers of mechanical engineering and metal working, the industry of building materials, fuel. Large group were also working light industry.

Quickly the industrial and production personnel grew in the Pavlodar, Mangyshlaksky and Kustanay areas, but the most numerous there were workers of traditional industrial centers — Karaganda, Alma-Ata, the Southern and East Kazakhstan.

In traditional spheres of female work — in the light and food industry — women represented prevailing part of workers of collectives. However in the republic the large number of the able-bodied women who haven't been occupied in production remained. The main reasons for it were insufficient construction of a network of kindergartens, a poor development of the industry and the sphere of household services or unilateral branch structure of a number of the cities, insignificant use of the incomplete working day and a nadomnichestvo for mothers having many children.

The main reasons for weak participation of Kazakhs in industrial branches of work are covered in consequences of tragic events (wars, jutes, hunger of the 30th), caused sharp reduction of their number, and also in results of unreasoned migratory policy when the large migratory stream from other republics in 50 — led the 60th to reduction of specific weight of Kazakhs in etnodemografiches-which to structure of the republic.

The central departments didn't care of preparation of skilled workers from indigenous people, and preferred imported labor that was economically unprofitable and subsequently led to distortions in the international relations. Besides, at the enterprises and in technical training colleges it wasn't paid a close attention to reception of the Kazakh youth, its training in prestigious professions in the native language, to further fixing on production.

Growth of a cultural technological level of industrial workers was noted, were improved their general education and special technical training, vocational structure. In 1959 — 1970 the specific weight of workers with the higher and secondary education (full and incomplete) grew by 1,5 times — from 37,2% to 55,5%, адоля workers with primary education was reduced from 38,4% to 31,5%. Working polygraphies, oil production, metallurgy and metal working had high educational preparation. The education level remained low with employees of the coal, food, tanning and shoe, fur industry and a lesoekspluatation.

The amount of retraining of personnel in system of professional development reached during the studied period of such level that practically to each worker occupied with skilled work, on the average time in the fifth anniversary or even a bowl opportunity to improve the professional skills and knowledge was given. It allowed to increase specific weight highly skilled and skilled workers as a whole on the republic industry to 77,1% in 1972.

Natural consequence of scientific and technical progress are emergence and rapid growth new, perspective and disappearance of old professions. The wide circulation was gained by such modern specialties, as the electrician, the electrician, operators, etc., taken with adjustment, control and repair of machines, automatic equipment and devices. At the same time, despite reduction of rates of quantitative growth of the workers, taken with hard physical, low-skill work, this category of workers continued to remain numerous, thus considerable weight was made still by the workers performing subsidiary and auxiliary works manually that testifies to considerable internal social heterogeneity of working class.

Post-war years were marked by growth of social activity of working class that was caused by labor enthusiasm after a victory in the Great Patriotic War, "Khruschev's thaw", economic reform etc. Workers improved former forms of competition; offered the new. The wide circulation was gained by movement of innovators of the production, closely connected with technical innovations, improvement of methods and условийтруда. Competitions in honor of party congresses, and also anniversary watches were traditional. Working collectives took obligations to let out production of excellent quality, fought for a rank "The enterprise of high culture" etc. However its opportunities were used by incompleteness. The reasons of the negative phenomena in the organization and the management of competition rooted not only in actions of certain heads, and proceeded from system of the command relations when many progressive undertakings of those years were carried out by means of the old political and economic mechanism and didn't rely on broad development of democracy.

Talented workers in the commonwealth with scientists, engineers, designers promoted scientific and technical progress. Introduction of opening and inventions brought big economic effect: in 1959 — 1970 it made 812,8 million rubles, on this indicator Kazakhstan took the 3rd place in the country. Among innovators of production the noticeable place belonged to industrial workers who in 1965 made 44,5% from the total number of members of the Kazakhstan office of VOIR and nearly 60% from number of his members occupied in the industry. Specific weight of industrial workers as a part of all workers of the republic — members of VOIR in 1967 reached 72,6%.

Transformation of working class of Kazakhstan into the largest social group, high-quality shifts as a part of personnel were important preconditions of their broad participation in all links of the Soviet political system of those years — Communist Party, Councils, mass public organizations. Specific weight of workers as a part of Communist Party of Kazakhstan in 1960 — 1970 rose with 30 to 43%. Workers became the most representative class as a part of Councils of all levels. So, their specific weight among deputies of the Supreme Council of the republic made in 1967 to 40,1%. In local Councils in 1971 the deputy workers made the majority — 55,2% (against 29,8% in 1961).

Workers were actively involved in activity of labor unions and first of all in the production management which is carried out through PDPS, working conferences and meetings, bodies of national control. In 1960 — 1970 гт. the quantity of manufacturing and shop PDPS in the republic grew with 5327 to 9116. The noticeable role in work of these meetings was played by workers.

However quantitative indices of social activity of working class, its widespread image of the active maker of history and predominant force of construction of new society were contrary to reality. Actually working class didn't play that vanguard role in political life of the country what to it was attributed by official ideology. It was a peculiar tool in carrying out a certain internal political course. Social activity of workers was regulated and went the party and bureaucratic nomenclature which has concentrated in the hands all government in the republics and the Union. In the late sixties — the beginning of the 70th гт. strengthening of command and bureaucratic system, nationalization of all parties of public life began. The dictatorship which was carried out by the party and state top on behalf of the proletariat, generated almost full alienation of the person of work from property and the power, led to an arbitrariness and lawlessness. Graphic evidence to it were tragic events in Temirtau in 1959. As a result of rough suppression of disorders which were caused intolerable production and, in particular, loss of human life were available social working conditions of builders of the Karaganda steel works. Temirtausky events were, certainly, rare phenomenon in political life of the republic, nevertheless, they showed that since the end of the 50th the psychological fatigue of people, their dissatisfaction with existing situation began to collect.

Curtailment of economic reform occurring in the subsequent years, democratic processes, delay of rates of economic growth, decrease in social activity of masses testified to development of the negative phenomena which led the country to crisis in the late eighties — the beginning of the 90th.