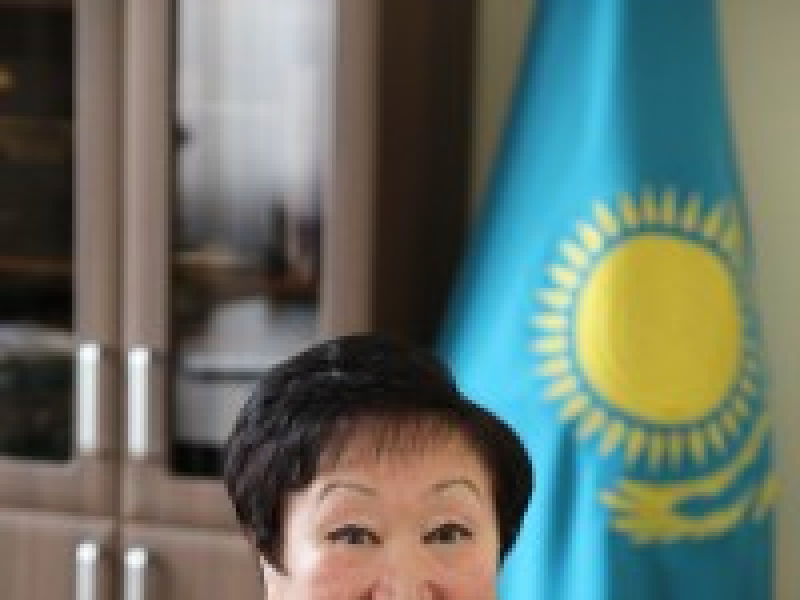 Without the past there is no present. This ancient wisdom became a postulate and defined realities of the modern world. Study of the history of the native land will always be relevant for all ages and generations. The state that knows the origins of its formation, respects the historical roots and comprehends the past is a strong state.

Today, the study of history, its documentation and preservation of the cultural heritage is one of the priorities of the state policy in Kazakhstan.

According to the President message «Strategy"Kazakhstan-2050»: a new policy of established state» Nursultan Nazarbayev: «We need to continue to work on the formation of historical consciousness of the nation… I believe that proud history, the memory of our glorious ancestors will help us to overcome the difficulties coming time…».

So, unquestionably, letting the future looks to new heights, it is important to cherish the historical code of our people. By expanding the horizons of development there is the need to strengthen the historical memory. This determines the individuality of each country, its sovereignty and identity. Implementation of these tasks is the mission of important institutions-museums. They create a sense of belonging to the past, demonstrating the rich history of different civilizations and cultural heritage of their ancestors.

One of the brightest parts of the Kazakh museology is the Museum of Archaeology RSE «Gylym Ordasy.»
It was created in 1973 at the Institute of History, Archaeology and Ethnography of the Academy of Sciences of the Kazakh SSR. Its first exhibits were numerous findings — made of metal, glass, ceramics and bones — weapons, tools, household items and jewelry, including gold and silver, gained from research of archaeological monuments — ancient villages, towns and mounds.
2010 became the breaking point in the history of museum. Museum entered to the structure of RSE «Gylym Ordasy» and got his «second wind». Today it stands as invaluable treasury of unique artifacts, the keeper of ancient traditions and the history of Kazakhstan.

New stage of development of the museum marked by the introduction of advanced technologies for scientific processing, storage and restoration of exhibits, the strengthening of international cooperation, the completion of the museum collections priceless materials. Among the unique acquisitions — a copy of the «Golden Man» from Issyk barrow and reconstruction of the «royal» mound No11, which were found preserved in permafrost lens 13 riding horses in full attire, accompanied Berel leader.

Today in the museum archive there are more than 4,000 items, the exhibition displayed more than 1,000 archeological findings.Modern art decision interior of the museum’s halls has allowed to present rare archaeological finds in the history of ancient and medieval Kazakhstan from a new perspective. Among these there are valuable research materials of archaeological cultures and monuments of Paleolithic, Bronze, Early Iron Age and the Middle Ages. A distinctive feature is that each historical period is expressed in a separate room, which allows feeling bright border clashes eras and mentally reconstructing the history of human development.

Archaeology Museum exhibits of RSE «Gylym Ordasy» are an important factor of cultural identity at the national and international level. And these materials are valuable not only for the people of Kazakhstan, but also of interest to other countries. The richest collection of the museum has consistently attracted the attention of major exhibition areas around the world.

Unique archaeological evidence of the past were successfully demonstrated in more than 20 countries, including Germany, Japan, Turkey, Korea, France, and Austria. One of the last was the exhibition «Nomads and their contacts: ancient art and culture of Kazakhstan», held in 2012 in the United States in the world famous Freer and Sackler Galleries of the Institute for the Study of the Ancient World. Visitors were impressed by the artifacts and exhibition of «Unknown Kazakhstan -Archeology in the heart of Asia», organized in the German town Bochum
In this year, the Museum of Archaeology «Gylym Ordasy» celebrates its 40th anniversary. Today it is not just a repository of artifacts, as well as an important institution in enriching human morally and spiritually. The museum has a great educational potential.

Clearly illustrating the historical evidence of the past, it is not only performs informative function, but also has an emotional impact, strengthens social memory of society, educates the younger generation in the spirit of Kazakhstan patriotism as an introduction to the historical past of the country. The museum has become one of the favorite places for the citizens — the center of contemplation and reflection, where visitors return many times to touch the past.