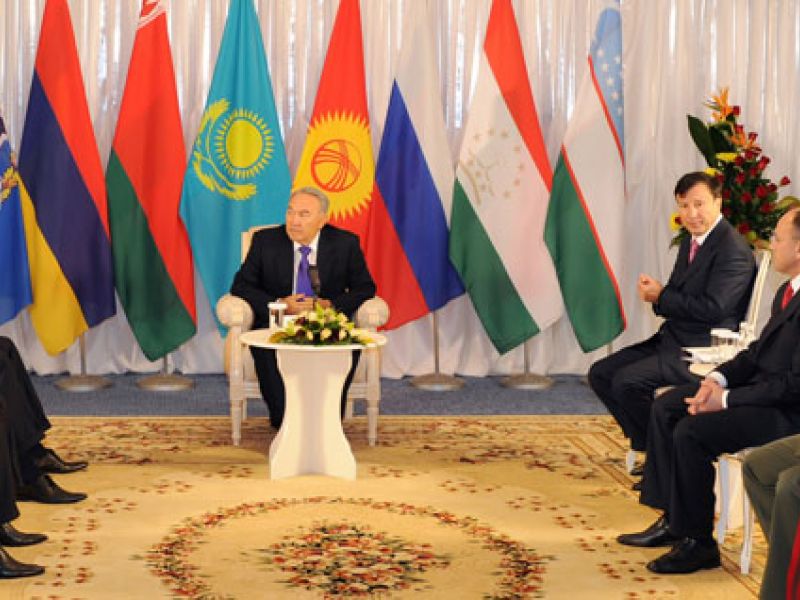 At the end of the first decade of the XXI century Kazakhstan became the authoritative, recognized participant of the world community of the states. However this result demanded huge efforts, hard work. In the early nineties, during disintegration of the USSR, position of Kazakhstan was perfect other. Preconditions to independent foreign policy of Kazakhstan were formed together with sovereignty formation. On October 25, 1990 the Supreme Council Kazakh SSR adopted the declaration "About the State Sovereignty" which for the first time defined the country as the subject of international law . In this historical document it was proclaimed: "Kazakh the Soviet Socialist Republic possesses the right to act as the independent subject of the international relations, to define foreign policy in the interests, to exchange diplomatic and consulates, to participate in activity of the international organizations".

The activity starting of the Ministry of Foreign Affairs Kazakh was necessary to the Soviet Socialist Republic through interaction with the Ministry of Foreign Affairs of RSFSR. So, on August 17, 1991 (that is on the eve of GKChP) during visit to Almaty President of RSFSR B. N. Yeltsin and the taken place negotiations Ministers of Foreign Affairs of two sovereign republics Akmaral Arystanbekova and Andrey Kozyrev signed the Protocol on cooperation and activity coordination with the President of Kazakhstan N.A.Nazarbayev between foreign policy departments. It was decided that the parties will regularly hold negotiations in Almaty and Moscow for discussion of the international and regional problems.

For the short historical period in the early nineties Kazakhstan achieved noticeable successes in the sphere of foreign policy: the sovereignty of Kazakhstan was recognized practically as all countries of the world and the international organizations, the multivector foreign policy was created, the authority of the country on the world community increased.

The foreign policy of Kazakhstan sought to be the reasonable and pragmatic, real independence of the country aimed at providing in relation to fluctuations of the world market both variable global and regional tendencies. Already at a formation stage the foreign policy comprehensively considered geopolitical factors (the neighbourhood with world powers - Russia and China, a global role of the USA), transit situation, lack of direct access to sea communications. Geopolitical features of the country located on a joint of Europe and Asia, promoted multivector foreign policy, establishment of the mutually advantageous relations with the various countries.

On December 21, 1991 in Almaty Heads of eleven sovereign states (except for Georgia) signed the Protocol in which emphasized that all republics on the equal beginnings form the CIS.

On October 5, 1992 during the 47th session of General Assembly of the United Nations the President of RK N.A.Nazarbayev put forward an initiative about SVMDA convocation.

On March 2, 1992 at the 46th session of General Assembly of the United Nations the Republic of Kazakhstan was unanimously accepted in members of the UN.

On May 15, 1992 Armenia, Kazakhstan, Kyrgyzstan, Russia, Tajikistan and Uzbekistan signed the contract on collective security (DKB) in Tashkent.

On July 12, 1993 the International organization on joint development of Turkic culture (TYuRKSOY) is created.

On February 2, 1993 are established diplomatic relations between the Republic of Kazakhstan and the European Union (EU).

On October 10, 2000 in Astana the Euroasian economic community is created.

On June 15, 2001 the Shanghai Organization of Cooperation (SOC) on the basis of the mechanism "Shanghai five", created after signing by heads of Kazakhstan, Kyrgyzstan, China, Russia and Tajikistan Agreements on strengthening of measures of trust in military area around border (1996, Shanghai) and Agreements on mutual reduction of armed forces around border (1997, Moscow) is created.

On December 1-2, 2010 under the chairmanship of the President of RK N. Nazarbayev OSCE Summit in Astana took place.

In June, 2011 Kazakhstan became the chairman of OIS. The Organization Islamic Conference (OIC) the decision of participants of the 38th session of SMID passing in Astana on June 28-30, 2011, was renamed into the Organization of Islamic Cooperation (OIC).