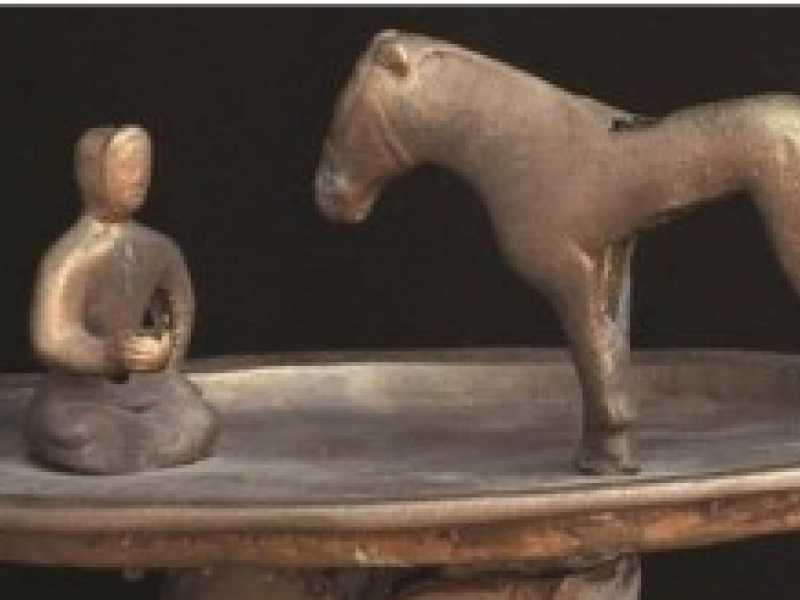 In 2006, the comedy documentary film «Borat», the protagonist travels from Kazakhstan to the U.S. to explore the American way of life. 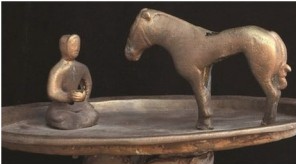 Although the subtitle of the film «Borat»: Cultural investigation of America for benefit of glorious nation of Kazakhstan» implied that it will be about — Kazakhstan, in fact the film is a parody of American social values.

But many viewers of the film have the impression about Kazakhstan as a country populated by people with a low level of culture.
The fact that the picture has received a negative response says that in a sporting event in Kuwait, a year earlier, during the awards ceremony, instead of the national anthem of Kazakhstan was music from the film.

But now, when the exhibition «Ancient Treasures of Kazakhstan» held in Washington, Americans have seen the true image of the «magnificent country» and changed their understanding of the culture of this nation. 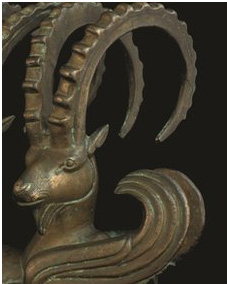 Many of the artifacts of culture of nomadic tribes, never before demonstrated outside the country, is now on display in the exhibition halls Smithsonian’s Freer and Sackler Asian Art galleries.

The purpose of the exhibition is to dispel the myth that the nomads, wandering on the Eurasian steppes in the era of the Persian Empire, lagged in the cultural development of the sedentary peoples.

The first mention about Saks tribes we found in the Greek historian Herodotus, who called nomads fearless warriors. Monumental burial structures in the mountain valleys, known as barrows, prove how high the culture of Saks’ tribes was. Findings were discovered by archaeologists in these mounds, the images of wealthy ornaments made of bronze and gold are impressive.

«Those images of nomads, which we have known until now are not as accurate in the details», says chief curator Alex Nagel. «New research has made it clear that nomadic culture was much more complicated». 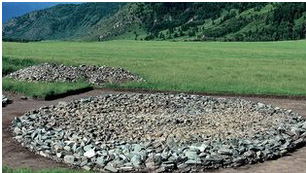 «The ability to track the unique cultural heritage dating from the first millennium BC, is important for the young independent Kazakhstan. At independence in 1991, Kazakhstan has actively uses its unique cultural heritage to form their own cultural identity».
«And they have resources to make it», said Simon Williams, the director of the British Council in Kazakhstan, the co-founder of the program of cooperation between the museum and the Museum of Archaeology of Kazakhstan, Washington. So, he is the author of the translation of texts about Kazakh museums into English language.

According to the Ministry of Culture in Kazakhstan about 136 museums were opened. There is a construction of a new museum in new capital Astana. The Ministry reports that it will be the largest museum in Central Asia. Its area is 85,000 square meters (915,000 square feet).

«The first years after independence were far not easy financially, but nonetheless found the new state funds for the study of major archaeological sites. Thus, in 1998, a discovery of Berel burial ground, which became a sensation in the late 20th century, was made — says Rosa Bektureeva, the head of the Museum of Archaeology of RSE „Gylym Ordasy“ MES.

In recent years, the government allocates huge funds for the development of science, particularly archeology, history, because we want more aware of their roots, spiritual and material culture of our ancestors. And we have to investigate the likelihood of more sites, thanks to modern technologies that were used during the excavations of Berel burial mounds in permafrost conditions, (and this is the remains of humans and animals, fragments of embroidered cloth)». 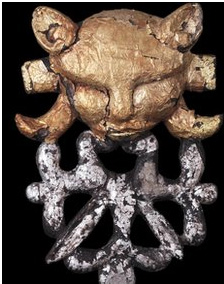 The relationship between man and horse is the central theme of the exhibition, which often raises more questions than answers.

For example, a series of founded bronze trays decorated with miniature images of humans and animals is surrounded by the mystery. Figure of a man kneeling before the image of horses, expresses some sacred bond between them. «We’re still trying to figure out the purpose of these trays — perhaps it is censer», thinks Mr. Nagel. «It is still a mystery».

For ancestors of Kazakhs horse played a huge role, and their skins were used for clothing and for food. Today, horses play an important role in everyday life and traditional culture of Kazakhs.
«Many findings of Saks time became a symbol of independence of Kazakhstan, and the study of these sites showed the continuity of traditions and cultures of the ancient tribes and modern Kazakhs» — says Dr. Rose Bektureeva.