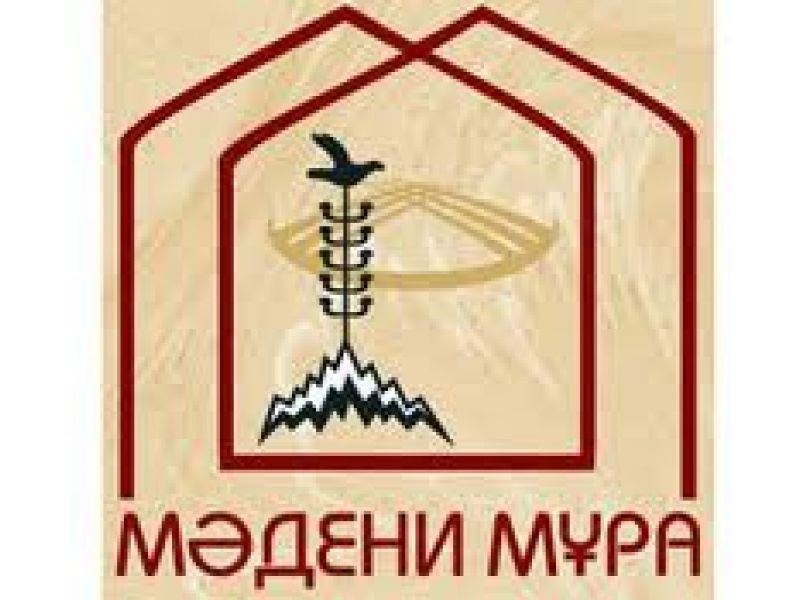 Historical memory of people is a fundamental factor of preservation of people, nation and ethnic group, which is laid over the centuries as cultural heritage, cultural layers of the human civilization.

Cultural heritage is an important sign of a civilized society. It includes spiritual, moral and material values that do not just go from one generation to another, but require the application of huge effort and resources in the national, state-wide, to avoid losing them.

In the recent past, we all stood at the close of the abyss of depersonalization.
Acquisition sovereignty by all of us saved us from that and returned to the search for our origins. Preservation of the cultural heritage of every people in modern terms, in the age of computer technology, the globalization process, which leads to the loss of identity of the people of the world, becomes very important. So, today preservation of cultural heritage is relevant problem for all of us.

Since 2004, the state program «Cultural Heritage» was launched by the initiative of N. Nazarbayev.

Allocation of significant funds from the state budget for the systematization, preservation and development of cultural heritage is already provided. At the first stage has been allocated 2.7 billion tenge, the second — more than 4 billion tenge, the third — more than 5 billion tenge.
The state program «Cultural heritage» has been implemented in the following areas: systematization, preservation and restoration of monuments of history and archeology.

There are more than 25,000 monuments and more than 2 million of cultural items. Monuments such as the Mausoleum of Khoja Ahmed Yassawi and complex of petroglyphs at Tamgaly tract included in the list of World Cultural Heritage. Ancient Otrar is in line of inclusion in the UNESCO list. Works on a comprehensive inventory of monuments of the country were carried out during the years of independence. As the results of this work in the republic was made a public list of historical and cultural monuments, which included 218 objects of national significance and 11.5 thousand objects of local significance.

The most significant project is the restoration of the Mausoleum of Sultan Baybars in Damascus. This complex consists of school, library and mausoleum was built by Baybars in 1266. During the restoration all the walls and architectural form of the complex were reinforced. The mosaic, patterned design and archive, which contain over 200,000 rare books equipped with the most modern technology, were restored by the involvement of Syrian specialists.

As part of the restoration of the mosque of Sultan Baybars in Cairo, Kazakh side has fulfilled all financial obligations. Also, the construction of historical and cultural centre and Mausoleum of Al-Farabi in Damascus, which consists of a mosque, exhibition halls on the history and culture, library with a reading room, conference room and hotel, is continued.
During the implementation of the program «Cultural Heritage» from 2004 to the present day restoration work on more than 73 archaeological and architectural monuments was carried out. More than 40 archaeological and 26 applied researches were held.

Among the well-known monuments of Kazakhstan with the Eurasian and international fame are the ancient city Sairam, Otrar, Taraz, Kayalyk, Syganak, Zhankent, Zhent, Issyk burials, Berel, petroglyphs of Tamgaly, Mausoleums of Aisha Bibi and Babaji Khatun and Yassawi complex.

«There is no Egyptian pyramids and Roman Coliseum in our country, but the role of nomads, who lived in the ancient territory of Kazakhstan, is invaluable not only in Eurasia, but also for the history of the world. We must show the greatness of steppe civilization to the world. It is one of the main objectives of the program «Cultural Heritage» — said the President of Kazakhstan Nursultan Nazarbayev.

The second major direction of the program is purchase of copies of books, documents and manuscripts relating to the history of Kazakhstan. Through the program «Cultural Heritage» were revealed more than 10,000 archival records, documents, manuscripts and artifacts. Most numerous data in foreign archives, which are 3,000 documents, were in China. These documents, which are still unknown to science, help to systematize the history of Kazakhstan.

Also among the Western Europe, the USA, Turkey, China, Russia, Japan and the Republic of Armenia 5,000 unique historical documents were returned to the country.

The third direction of the program: a study of the rich heritage of national literature, its systematization and its release in the multi-volume edition. A whole series of popular scientific and literary works were developed. More than 440 books on history, ethnography, archeology, as well as new encyclopedic dictionaries were published. 66 volumes of one volume edition «Babalar sozi» (Word of ancestors) were released. They contain from the ancient Kazakh fairy tales to modern literature stories. The release of «Old Kazakh novels» in 200 volumes is continuing. It has major literary works of writers of Kazakhstan over the past 100–150 years. 10 volumes of the Encyclopedia of Kazakhstan, five volumes in Russian and in English Directory were published.

Also carried out research projects to produce twenty volume books covering the heritage of Kazakh thinkers from antiquity to the present day, another edition of the project includes the philosophical heritage of the world, and the third is dedicated to producing the ten collected works of Al-Farabi.

Scientific projects on release of twenty volume books, covering the heritage of Kazakh philosophers from antiquity to the present day, have been implemented. Other edition of the project includes the philosophical heritage of the world and the third is dedicated to the production of the ten collected works of Al-Farabi.

Within the state program «Cultural Heritage» also there is search and recovery works on modern audio and phono records of outstanding performers of the last century and the introduction of information and telecommunication technologies in museums and libraries in the country. Works on research of Kazakh music are continuing. The five-volume music anthology has been prepared.

One of the important directions of the program is to systematize the information obtained as a result of its implementation, and their inclusion in the curricula and textbooks of secondary and higher education institutions.

Today one of the main tasks is education of generation who knows the traditions of their native culture, loving history of their people — the generation that you can entrust the future of the country.