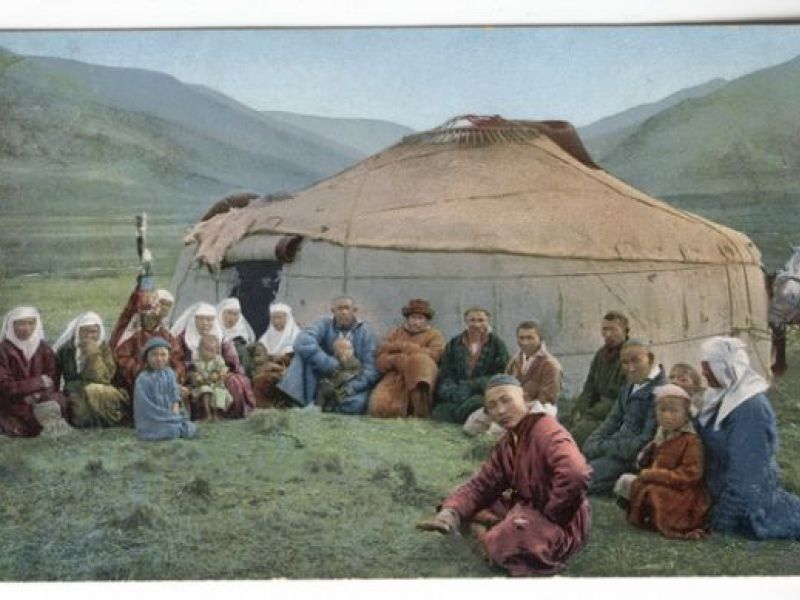 Formation of Turgay area as economic center first of all was connected with trade which gave a big impetus to development of the settlement, acted as the uniting beginning of three rather isolated sectors of economy of area, districts, Kazakh aul and resettlement village.

As trade became more large-scale, and as more covered all territory of the steppe, than faster was a process of decomposition of a subsistence economy, its involvement to an orbit of the all-Russian economy. On the other hand, in the second half of the XIX century requirements of Kazakh sharua couldn't be satisfied within nomadic cattle breeding economy and consumer agriculture and craft anymore. Economic interests of inhabitants of Kazakh auls and resettlement villages, having mutual and partially mutually advantageous character, served as the base on which relationship between them was constructed and developed. Absence of the trade markets in Turgay area in the sixties of the XIX century put indigenous people in direct dependence on small traders living on the line at whom they acquired necessary for a life goods.

"For the purpose of elimination of this inconvenience, and providing of equal opportunity to Kyrgyz to sell cattle and cattle breeding products in the steppe and for purposes of assistance to rapprochement of Kyrgyz with Russians, are written by A.I.Dobrosmyslov, the Orenburg governor general Kryzhanovsky for the first time in 1867 started a question of a covering of the Trans-Ural steppe by the temporary markets - fairs". On December 5, 1869 management of the Orenburg governor general sent to the Minister of Internal Affairs one more letter. The governor general motivated the request with desire "to promote trade development in area and to promote strengthening of the trade intercourses of Kyrgyz with Russians, and also by means of fairs to promote economic development of the city settlements arising already at called strengthenings". In conditions of existence of nomadic cattle breeding a barter which was in hands of dealers across the steppe with a small amount of various goods was a widespread form.

From area during the spring and autumn period small traders, salesmen and Bukhara negotiators went to the steppe among old caravan and cattle-drove roads. Being in great demand by local population on industrial products and low cost of products of cattle breeding, dealers, abusing this situation, plundered the population. It is possible to judge results of trade considering that, having sold a cart of goods in the steppe, the merchant came back quite often with a slip-up of horses or other animals, with carts of wool, fat and other products. All this was sold for good price to local plants or to close markets in Troitsk, Orenburg, Orsk. Dealers in turn sent it at higher price to Russian and foreign markets. In view of lack of the competition in the steppe dealers appointed by two three times inflated price to the goods, and a ram served as a unit of an exchange for half of its price. Before introduction of "Temporary regulation" 1868 the number of traveling agents in the district was insignificant. But with duty cancellation by this "Regulation", with abolition of the Siberian and Orenburg customs lines the quantity of them quickly grew. Barter in the steppe had usurious character therefore usually each trade operation for the cattle-farmer nomad turned into the enslaving transaction.