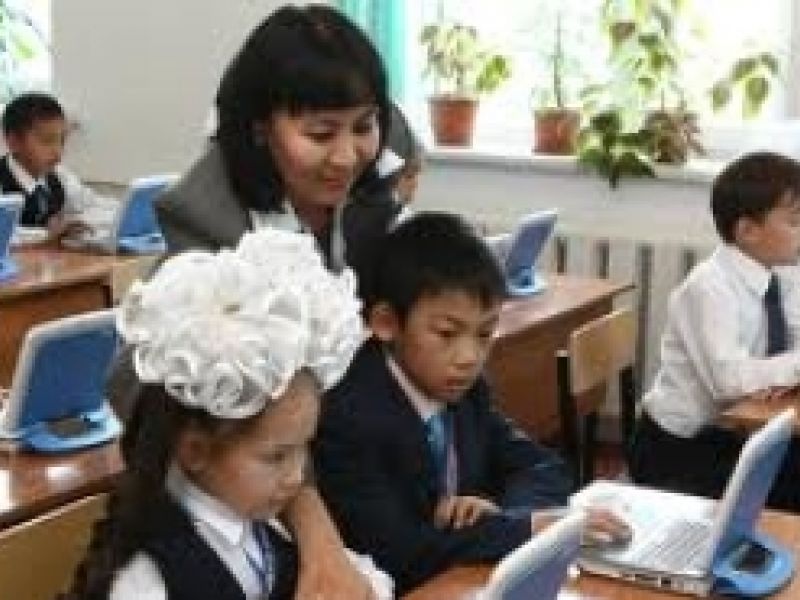 The education system in Kazakhstan was in very difficult situation and had to adapt to new conditions, due to the socio-economic and socio-political crisis in the second half of the 1980s-early 1990s.

Every year decreased state subsidies in education: for example, from 6% in 1990, falling to 3.5% in 2000.
In order to form the legal basis of the educational system of independent Kazakhstan has adopted laws «On Education» in 1992, «On Higher Education» in 1993. In subsequent years, 18 concepts have been developed for each education sector.

In the 2000s, great changes have taken place in secondary education. Since 2003, students began to pass the unified national testing, which was both GCSE and examination for admission to higher education.

In the 2000s, formed a national system of education quality assessment, discussed the optimal integration of the national education system in the world educational space, introduced in the educational process new information and credit technology, conducted public debate on the transition to 12-year secondary education.
Achievement in secondary education was the discovery in February 2009 in Astana, the First President of Intellectual school of Physics and Mathematics, chemical and biological areas, the graduates of which are designed to compensate for the deficiency later in highly skilled engineering and scientific personnel.
Graduate School of the years of independence has come a long way and contradictory, where they met many turns, repeatedly changed leadership of the Ministry of Education, there were positive and negative aspects.

In the 2000s saw an increase in the number of higher education institutions. Preparation of highly skilled scientific and pedagogical staff in 1990–2000-ies conducted postgraduate (PhD) and doctoral studies. In order to improve the effectiveness of the national system of postgraduate education is transformed into the program corresponding to the Bologna agreement, where the third level the preparation PhD.

Great importance to the training and development of educational links with leading foreign universities had a State program «Bolashak», established November 11, 1993 at the initiative of the President of the Republic of Kazakhstan. In 1994, the first Kazakh students were sent to study in universities in United States, Britain, Germany and France.

In 2004, 785 students had the opportunity to study in the 13 countries of the world, since 2005 the number of fellows-Bolashak increased to 3000, students were given the opportunity to study in 630 leading universities in 32 countries.
Science — one of the basic pillars of independence.
Since gaining independence, the country began to form new approaches to the development of science, which corresponded to the tasks of Kazakhstan as a sovereign state.

In 2001, the Law of the Republic of Kazakhstan «On Science» was adopted. Since 2001, the number of researcher has increased. In 2002, Kazakhstan had more than 350 scientific, engineering and design organizations, including 5 national research centers. Personnel Potential Science of Kazakhstan were: 2,4 thousand doctors and 10 thousand candidates, including 800 doctors and 2.5 thousand PhDs working in research institutes.