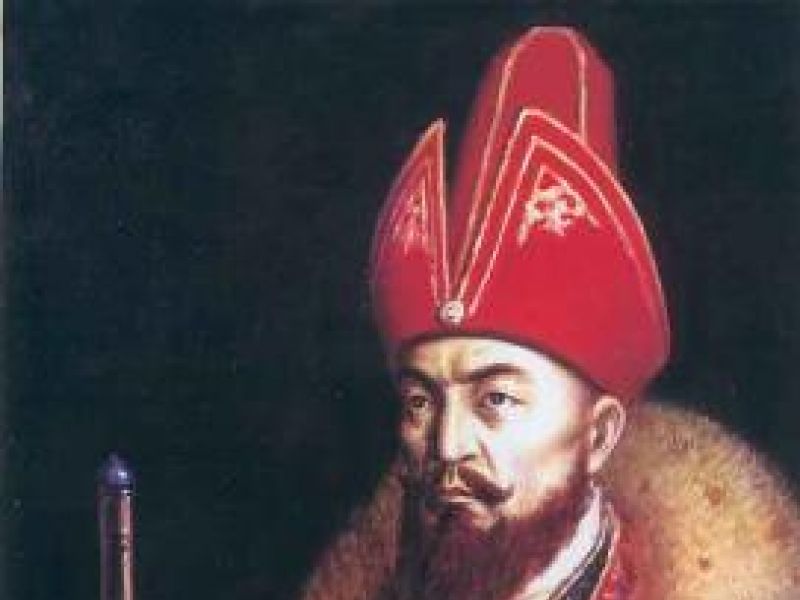 On June 27, 2013 the Institute of literature and art of a name of M. Auezov held the republican scientific and practical conference "Image of Abylaykhan in Folklore, Literature and Art" devoted to the 300 anniversary of dzhungarsky invasion which has united in severe time three Kazakh жуза and tried to return independence of the people of khan Ablaya.

The outstanding politician and the statesman of the XVIII century was proclaimed by the national khan and we highly appreciate the contemporaries. Round its extraordinary figure all known batyrs, Biya and governors of childbirth united, were established diplomatic relations with China and the Russian Empire. Therefore our debt to collect and propagandize heritage of this outstanding personality, - I noted opening conference the director of institute, the Doctor of Philology, the corresponding member of HAH PK Ualikhan Kalizhanov.

Given it in the performance Abylaykhan's characteristic of the Russian scientist A.I.Levshina: "Sultan Abylay was very clever, perspicacious politician. Skillfully supporting enemies in interstine conflicts, he managed to avoid war and to keep integrity of the territory of the state" most fully reflects its role and the importance in the history of the Kazakh state.

Conference was held in Mukhtar Auezova's house museum and passed vividly and fascinatingly, causing the interested reaction of participants. The director of Institute of history and ethnology of Ch.Valikhanov, the doctor of historical sciences, the corresponding member of HAH PK of Hangelda Abzhanov in the report shined Abylaykhan's value in formation of statehood of Kazakhstan. Abylaykhan's personal qualities were shined on the basis of researches of many sources of the department chair of the Kazakh National university of Al-Farabi, by the Doctor of Philology, professor Anuar Tarakov.

Reports of managers of M. Auezov were devoted by departments of Institute of literature and art: Doctor of Philology Bakytzhan Azibayeva - regularity of the epos according to outstanding persons on the example of Abylaykhan, Amangelda Mukan – to questions of reflection of historic figures on the Kazakh theatrical scene, Gulmira Musagulova – the opera "Abylay Khan" of E.Rakhmadiyev in a context of modern theater.