We need the plan of the following industrialization stage 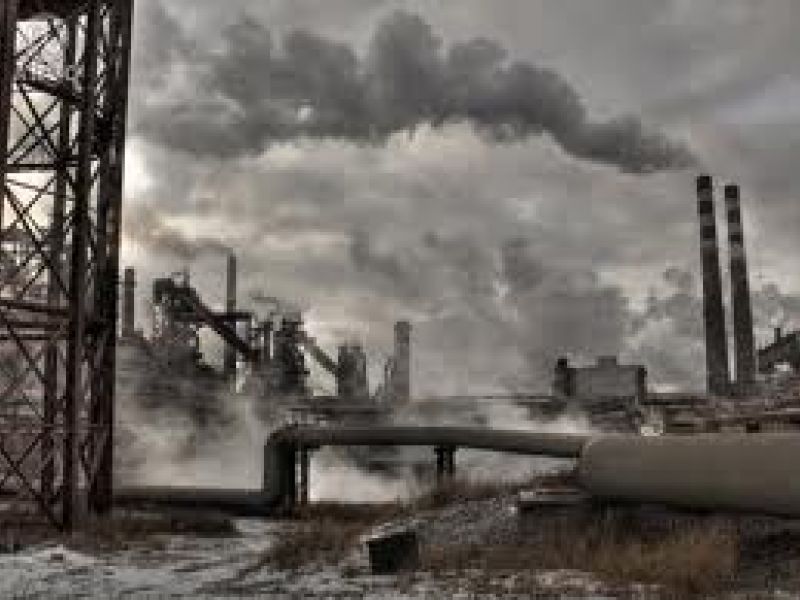 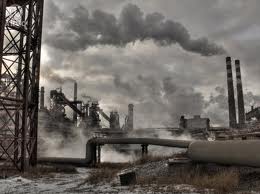 The growth of Kazakhstani industry competitive ability on basis of its industrialization stays on to be one of the top priorities of the “Kazakhstan-2050” Strategy.

The elaboration of strategy on the industrial-innovative development of the Republic of Kazakhstan for 2003-2015 by the President of RK order in 2002 may be considered as a start of state participation along here; it is intended on the achievement of the country sustainable development by way of diversification of economy branches and moving away from the raw materials orientation.

Having executed the President of RK order, the Government has significantly increased the role and enhanced the quality of strategic planning of real economy and industry as a key branch for the advanced structural changes in the national economy.

The native industry is at the initial stage of industrialization. Kazakhstani secondary production is ill-developed and uncompetitive. The output nomenclature is limited, dependence on import remains on a high level. The government programs indicators, which specificate the industrial policy, has an upward rend, but the achievement of target values by them remains the real, but the long-range objective. The thing is the investment activity is connected to the groundbreaking lag of investments, and count on the instaneous effect from 20 bln. USD, invested to the industrialization, and in conditions of virtually a world crisis is hardly truthfully. Besides, it needs to take into account that the effect display on a macroeconomic level is also unlikely possible, when there are primarily the design work, the process of capital investments assimilation on the creation of new productions often at the level of commercial prototypes   and batch lots.

The principle of the planning continuity means that while the progress is made on the accepted way, the goals should be specified and extended, its mechanisms of implementation should be adjusted and improved. The strategy of 2050 provides the “reloading of policy papers, upon which the country lives and works”.

The complicated external situation, slow process of economic growth recovery in the advanced countries worldwide slows down the process of industrial production diversification in Kazakhstan and requires the elaboration of new situational scripts for development on medium-term and long-term outlook. The President’s of RK initiative pronounced at the students’ lecture on September, 5 2012 and further developed in the Letter of the President of RK to Kazakhstan’s nation in December 2012 meets the fulfillment of this particular task.

The President of RK N.A.Nazarbayev has said: “The international community, which is going through the sever crisis, should not have doubts in that Kazakhstan knows what it wants; knows, what is able to offer; soundly perceive the value in dispute and always fulfills its obligations”.

On the other hand, “the new course is what having provided the huge resources of our subsoil riches assimilation, we will earnestly ask our partners to give back the same to Kazakhstan in the form of technologies. Only under such conditions it will be possible to work in Kazakhstan. That is the new turn in the economy”.

The new principles of investment policy, offered by N.A.Nazarbayev, should primarily provide the investment resources utilization efficiency, both private and public.

“The investments will be directed where the maximum profit from it will be received and where the maximal conditions for the business are created, where the private property is unshakable, where the contract conditions are not changed. The profit motivation and return of investments in the modern economic model of Kazakhstan will be the same as in the best world corporations”, — has noted the President of RK”.

“It is time to work in our country, so that each tenge will bring at least 10 tiyn. Every corporation, every company should think of the public money will start generate profit. If the whole Kazakhstan will operate as huge corporation, then we will go ahead”.

At the present time the condition of Kazakhstan’s investment sphere is such as even in the most favorable macroeconomic conditions without the state’s focused efforts it will not be possible to achieve the breakthrough in industrialization. The investment can not remain the object of only the individual business entities and individual investors activity, it is largely of macroeconomic nature and hence the state’s participation in the investment process, in the market  regulation of capital stock, financial capital and intangible capital is not only possible, but is necessarily. The state fulfills the functions of investor, incites and supports the investment activity.

The value of budgetary funds has increased more than twofold and almost three-fold –the long-term bank loans participation in the investments financing.  The percentage of foreign investments over a period has suffered the multidirectional changes, it is not possible to define one of tendencies as predominant, but the values at the beginning and at period’s end vary slightly ─ 29 % and  27%  accordingly in 2001 and 2010 respectively. The total value of investments in fixed capital of industry for analyzed period has composed approximately 100 bln USD. Only 20% or about 320 bln USD has come to the processing sector, to mining– about 70% of total volume. Such scale of investments has not provided the narrowing of gaps in production of value added of manufacturing industries of Kazakhstan and leading industrial powers.

The accuracy and topicality of an industrialization course selected by the President of RK are also confirmed by the analysis of technological structure of fixed investments for 2001-2011. The changes in the technological structure of fixed investments, wherein for the period of 2001-2010 the significant shifts have taken place, do not conform the objectives of industrial innovation-driven development.

The correlation of percentages of such structures elements as “building and installation works” and “machinery, instrumentation, tooling, stock” has crucially changed. If in 2001 the equipment has taken the first position in the technological structure with the specific gravity of 37,5%, then in 2010 thanks to the stable dynamics to the share of BIW share, the “machinery and equipment” have composed only 26%, having given the top position to the building and complete repairs costs.

In such a manner, the situation at the macroeconomic level affrays that technological component of investment process weakens hand, and the tendency is stable and is traced during ten years, what can decelerate the renewal of fixed assets active part and adversely affect the economical efficiency and rise in labor productivity. The forming of such tendency is connected not only with arrear in the high-quality production startup.

It is evident that the real household of any country poses the intertwining of different engineering and manufacturing modes — from the cutting-edge to already assimilated and even in the strategic outlook moribund and damping. But that is not a sequitur that the growth of cumulative efficiency of economy and a labor productivity is a result of only high-end-productions and technologies development. The systematic renovation and production development unrelated to the latest technological modes is no less important. At long last it is a single way for the gradual formation of consistent economy demand on the innovations, which are on plate only to conquer the significant spheres of economic life. So and in no other way out country will be capable of raising its economy effectiveness, penetrate roughly the double arrearage on labor productivity from the advanced countries, which according to various economists opinion, becomes the key factor, which clampdowns the economic growth.

In the industry of Kazakhstan there are already the examples of the use of fundamental principles of pragmatic approach to industrialization, such as the “economic expediency and long-term concern”, “creation of  the new growing points”, “profitability and return on investments”, which expansion and obligation for use are provided by the new economic policy of the “Strategy 2050”.

The most prime example, which is suitable and useful for general approaches formation for the investment activity on the country industrialization in conditions of a raw materials orientation,  which will surely be effective, is a construction of the Kazakhstani electrolytic plant (KEP), the subsidiary of the ENRC company.

The cost of project is about 1 bln USD, it is the first new iron and steel company, launched in the post-Soviet period. Put into operation in 2010 the plant now works at capacity, having produced annually 250 thousand tons of pure aluminum. The Kazakhstani electrolytic plant (KEP) — is a classic example of enterprise, technological “top” which the domestic metallurgy is able to conquer today. But the ENRC company, having fulfilled the strategic objectives of the country, continues to form the complex of interrelated production works.

The plant on production of anodes, necessary for the KEP for aluminum smelting, has been recently started up. It is a new production, which provides the full import substitution of similar products from China and Russia. The cost of plant is about 300 mln USD. It is an enterprise, which designed capacity composes 137 thousand tons of anodes, will fully provide the needs of Kazakhstani electrolytic plant needs and has realistic chances to enter a world market.

As to machine industry, then the most promising and effective direction are the investments in to creation of joint enterprises within the territory of Kazakhstan, participation and other forms of participation interests in enterprises, located at other neighboring  countries and beyond.

The natural resources are still the key competitive advantage, which is needed for use to the full extent for the new industrialization of Kazakhstan economy.

The country pretending to the joining the ranks of developed and competitive countries in the region and world cannot specialize in two or three advanced branches or technologies. Kazakhstan should occupy the rightful place on a wide spectrum of industrial productions. Therefore the principal task is to effectively use the whole potential of operating enterprises and new projects in the entitative conditions of raw material industries dominating.

It is necessary to carry out the differentiated policy (use the menu of policies) of public support or other measures, maybe even opposite the support, in relation to different groups of enterprises, including the clusters, distinguished not on the principle of field ranking, but on the level of competitive ability. This will allow to use the public and other resources more effectively, having reached the desired goals by smaller expenses. Precisely this, pragmatic approach, conforms the brand new content of economic, industrial and investment policies of the “Strategy 2050”.