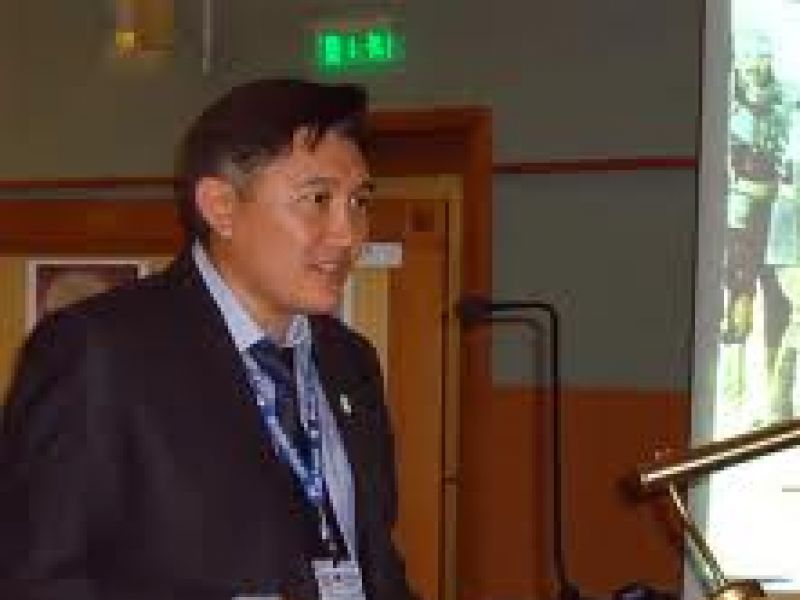 on the collection of scientific articles "Central Asia: person, society, state" (Institute of general history of the Russian Academy of Sciences. M, 2013; in the press)

The region Central Asia traditionally is in epicenter of research interest of many historians, political scientists, economists, philosophers. The attention of scientific community to studying of the most various manifestations of public life, in particular, in a historical retrospective, is caused raznoaspektny historical and cultural past, unique images of a nomadic civilization, preservation and representation of ethnic animators through spiritual and material culture of modern ethnoses and the nations of Central Asia. Therefore the nauchnyeizdaniye shining history and culture, society and geopolitics of the Central Asian region will always cause interest from outside both research community, and the general public that Central Asia isn't an exception and for the presented collection of scientific articles ": the person, society, the state", published by Institute of general history of the Russian Academy of Sciences within scientific and educational projects of the International Association of institutes of history of CIS countries.

The collection is announced as continuation of a cycle of scientific publications together with institutes of national history of the states of Central Asia, begun in 2011 ("Central Asia. ").otradno to observe traditions and the present, along with preservation of continuity of a scientific format of the presented publications, as well the general gnoseological desire of postulates of civilization approach in the theory, methodology and practice of illumination of topical issues of the historical past of the people of Central Asia. All this received reflection in published materials of the collection (presented by authors from Kazakhstan, Kyrgyzstan, the Russian Federation, Tajikistan and Uzbekistan): country дискурсахпри studying of mentality of historical eras (Abzhanov H.M. Ancient Turkic peoples and modern Turkic people of Central Asia: sources of a historical and spiritual community), geopolitical constructs and ideologems (Ulunyan Ar. And. "Historical пролегомена" geospatial concept of Big Central Asia: British version of the 30th of the XIX century), illumination of questions of historical and cultural heritage (Bobomulloyev S.G. History of archaeological studying of the Gissarsky valley), roles of regional factors in public way and economy (Abylkhozhin Zh.B. Modernization experiences: projections in history of Kazakhstan), policy (Abdullaev R. M. Education and elimination of the Turkestani autonomy; Bakeeva B. Z. Attempts of the national intellectuals to create the Kyrgyz mountain area in the 20th of the XX century), culture and attitude of ethnoses and the people in a historical diagonal (Atygayev N. A. Agzamova G. A. Ziyaeva D. H. Rakhmatullayev Sh. M., Mukimov R. S., Niyazov Dzh. B., etc.).

There is a wish to note that creation of the subject line of giving of a research material considerably distinguishes this collection from similar, familiar to us, editions to the best. The thought-over name of headings of the collection ("The people, the countries and the states: design of space of the region"; "In search of a compromise between society and the state"; "Central Asia in a statistics and historiography mirror"; "People and economy"; "In years": features of history of transit and modernization") – it is rather an invitation to active discussion, than desire of the academic preservation by authors of the views. And in it, certainly, a merit of editors and members of an editorial board of the edition.

It is sure that the present collection brought to attention of readers will cause interest and among the academic community – absence a startup of a scientific content, and in the general public – polycontextual giving of results of research work of authors.

and modern methodology of Institute of history