Saki (ancient Persian. Sakā, al-Greek.. Σάκαι, Lat. Sacae) - the collective name of the Iranian-speaking nomadic and semi-nomadic tribes of the I millennium BC - First centuries AD in ancient sources.

Greek and Latin texts suggest that the term Scythians referred to Iranian tribes from the much more extensive region of Scythia, which included parts of Eastern Europe and Central Asia.

The Saka included groups who were part of the Zoroastrian and Aryan families of nations. They included the Chorasmi from Khairizem / Khvarizem / Khwarezm (Gk. Chorasmia), the Parthava (Parthians), the Dahi (Dahae) and the Sistani.

The largest number of ancient Zoroastrian related ruins and artefacts, including a dakhma, a Zoroastrian burial tower known as a 'Tower of Silence', have been uncovered in Chorasmia / Khwarezm. The Dahi were one of the first five nations or people amongst whom Zarathushtra preached his message. The Parthava (Parthians) liberated Iran-Shahr from Macedonian rule and reconstructed the Zoroastrian scriptures, the Avesta that had been destroyed by Alexander. Sistan's heroes, Sam, Zal and Rustam, were the pahlavans, the strongmen and protectors of the imperial Iranian throne. Their stories occupy the largest sections in Ferdowsi's epic poem, the Shahnameh.

For the main part, the traditional land of the Saka forms part of Turkmenistan, Uzbekistan, Kazakhstan and Kyrgyzstan today.

The Central Asian Saka (Sacae) and the European Scythians are very often referred to as the same people in books on the subject. Unfortunately many authors of European origin display a strong Euro-centric bias in their writing. These authors find support for their bias in the work of classical Greek writers who loosely called all the peoples who lived on an immense swath of land - land that became in modern times the Russian Empire - as Scythian. That was because these people lived - in the estimation of the ancient Hellenic writers - a similar Scythian-like lifestyle. That life-style was a broad approximation of what they called the nomadic lifestyle of the people living in the Eurasian grasslands - the steppes.

The people caught in this broad approximation were and are ethically very different: from light haired Europeans - to Mongolian-like peoples - to the Iranian-Aryans. Nor were all these people nomadic. The differences between the dwellers of the Ukrainian steppes, those who dwell in arid lands of Turkmenistan, and those who reside in the expanses of Mongolia are evident today even to the casual observer.

The confusion between the Saka and Scythians in classical literature is understandable since many classical writers had to rely on third-hand information on which to base their accounts, and because some of the groups were only loosely organized as coherent communities - at least in the estimation of outsiders. Greeks and other Europeans rarely travelled through the Eurasian grasslands or east beyond Persia (Western Iran). The Hellenic authors wrote from their frame of reference. They were familiar with the characteristics of the Scythians. Unfortunately many modern writers are doing the same. Today, however, we have the benefit of a more comprehensive approach and a wide data base. Pliny sums up the difficulty faced by classical author in his Natural History, Book 6, Chapter 19, by saying, "Indeed, upon no subject that I know of are there greater discrepancies among writers, from the circumstance, I suppose, of these nations (Saka) being so extremely numerous, and of such migratory habits."

Scythia itself was a fairly small nation. The father of modern history, Herodotus, states the extent of Scythia in his Histories 4.21: Travelling west to east, "Across the Tanais (commonly today's Don River in the Ukraine) it is no longer Scythia; the first of the districts belongs to the Sauromatae, whose country begins at the inner end of the Maeetian lake (commonly taken to mean the Sea of Azov at the north of the Black Sea) and stretches fifteen days' journey north, and is quite bare of both wild and cultivated trees. Above these in the second district, the Budini inhabit a country thickly overgrown with trees of all kinds."

From about 800 to 300 BCE, the Scythia of Greek texts (also see Herodotus 4.21 above) extended east from the Carpathian Mountains in Central Europe - that is east of Rumania, Eastern Ukraine and Poland of today - east from the Carpathians to the Don River. To the south of Scythia was the Sea of Azov (the Maeetian Lake) and to the north, the start of the forests.

In other words the land of Scythia was a relatively small country that consisted of the grasslands of today's Moldova, Ukraine and Crimea. It was far removed from the Saka lands and people. Certainly, as with any group in history, there would have been contact through conquest, plundering raids and even trade. Nevertheless, in our investigation on the Saka, we have found no ethnic link between the Scythians and the Saka. Nor have we found an instance of them being a community. Indeed, if we read the classical Greek accounts careful, we find it stated that the origins of the Saka are to be found in the east and not the west. As we shall see below, the Saka's links as well as their making or breaking of community are found with the Aryan and Zoroastrian family of nations.

The Saka were not Scythians - nor any variation thereof. 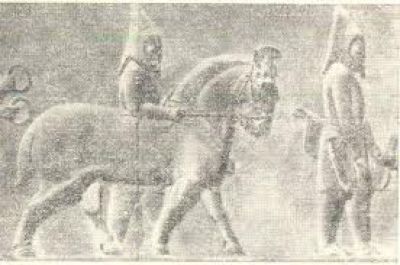 Dary І made a campaign against sakas 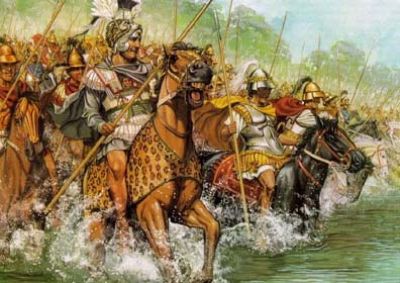 In fight at the Marathon sakas were in the center of fighting creation of Persians in the Greek-Persian wars. 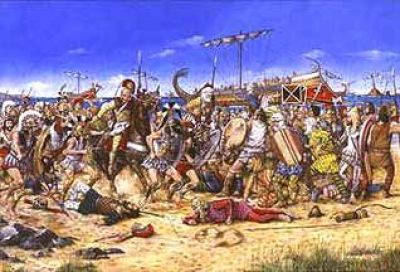 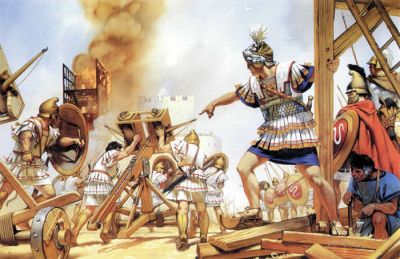