In 2005, in Almaty in Abilkhan Kasteyev Museum, new Contemporary Art Hall was opened

In 2007, opening of a memorial plaque in honor of a poet and playwright Amanzhol Shamkenov took place in Pavlodar

Birthday of Alexander Chuloshnikov – historian, specialist in the history of Kazakhstan, Central Asia and Bashkiria 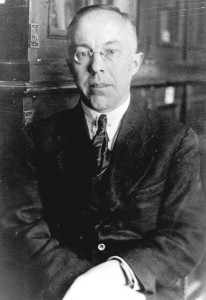 From 1911 to 1916 he studied at the St. Petersburg University on the historical-philological faculty, where he began to research at the department of Russian history. During the 1919-1921 period, he taught at the Kazakh University in Orenburg, led historical and statistical department at the headquarters of Kirov Military Commissariat. In 1920, he was the first chairman of the Society for the study of the Kyrgyz territory (since 1925 the Society of study of Kazakhstan). In 1921-1931, taught at the University of Leningrad. From 1930 freelance fellow of Historical and Archeological Institute. The totality of the published works in 1935
In 1935, he was awarded the degree of candidate of historical sciences for set of his work. From 1936, Alexander was a senior fellow at the Leningrad Branch of the Institute of History of Academy of Sciences of the USSR. He died of starvation during the Leningrad blockade.

Alexander wrote general monographer “Ocherki po istorii Kazakhsko-Kirkizkogo naroda v sryazi s obshimi istoricheskimi sudbami drugih Turkskih plemen”. The work was highly appreciated and has not lost historiographical significance in our days. It shows the history of the Kazakhs to the 18th century.
Development of feudal property, participation of the Kazakhs in the Pugachev’ rebellion in 1916 was his object of study. He was a consultant for the collection of documents “Materialy po istorii Kazakhskoi SSR, 1785-1828”. He together with M. Vyatkin, M. Steblin-Kameshka and N. Ustyugova worked on the problems of the history of Kazakhstan in the 30s.