Home Calendar May 8, 1975 in Almaty at the park named after 28 Panfilov’s Guardsmen was established the Memorial “Glory” 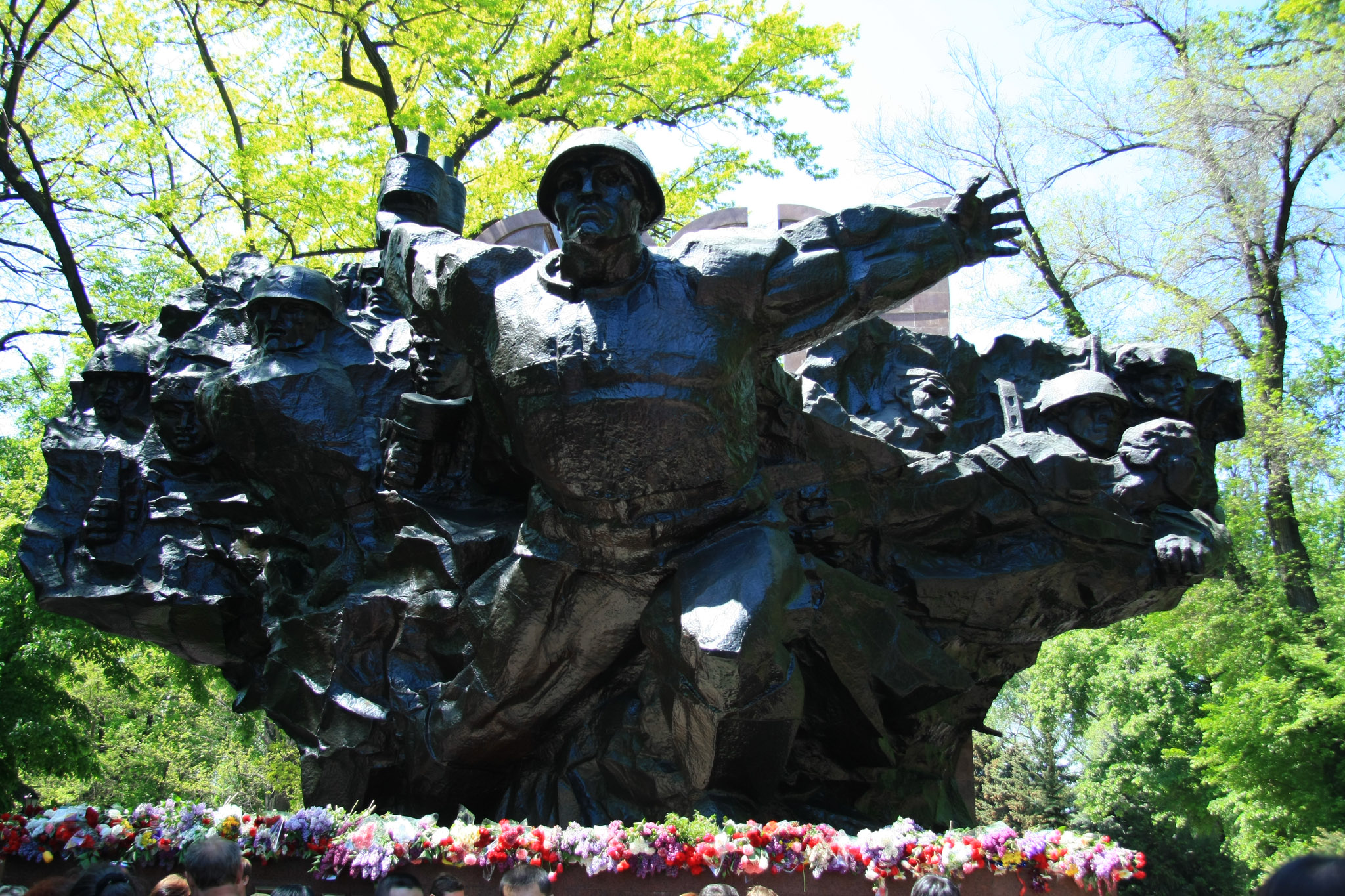 Opening of the Memorial “Glory” was in May 8, 1975 on the eve of celebration of the 30th anniversary of Victory in the Great Patriotic War. The Memorial was established in Almaty at the park of 28 Panfilov’s Guardsmen, who gave their lives in the first year of the battle.

The giant construction in memory of fallen soldiers consists of three tracks, located near the eternal flame.The image of soldier of different nationalities who covered the wall of the Kremlin gives particular impression.

On one side from eternal flame like symbol of sorrow there is a statue of soldier leading the horses of his fellows. On the other side, there is the statue that shows the happiness of soldiers who trumpet glory and giving to the memorial majestic and optimistic sound. At the base of the eternal flame were set cubes of labradorite under of which walled capsule with soil brought from the hero-cities and battlefields.