May 25, 1992 in Moscow, an agreement on the inviolability of borders between Russia and Kazakhstan was signed 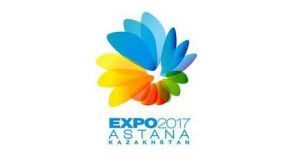 Kazakhstan chosen to host specialized exhibition EXPO-2017. The major event in the history of our country. The excitement is behind, and we have only 5 years to build and create all the necessary conditions for guests and participants of the exhibition.

EXPO is a large commercial project, carried out since 1851 and is considered the third largest event in the world after the Olympic Games and the FIFA World Cup. A total of 50 exhibitions were carried out and the rise of science and technology happened after each of them.

It all started back in 1997 when Kazakhstan became a member of the International Exhibitions Bureau. Since that time, our country has started to expand their activities in the Japanese Aichi, in 2008 - in the Spanish Zaragoza, in 2010 - in Shanghai and in 2012 - in the South Korean city of Yeosu.

Among 104 participating countries at the EXPO-2008 in the category "C", the Pavilion of Kazakhstan was awarded with the Bronze medal by the criteria of external and internal decoration. That was the time when the President Nursultan Nazarbayev first suggested the idea of the need for such an event in Astana.

Kazakhstan submitted its formal application on June 10, 2011 in Paris at the headquarters of the International Exhibitions Bureau, when the executive secretary of the MFA of the Republic of Kazakhstan, Rapil Zhoshybayev, the Coordinator of the National Project of EXPO-2017, met with the Secretary General of the BIE Mr. Vincente Gonzalez Lossertales.

The Ministry of Economic Development and Trade of the Republic of Kazakhstan has formed the application file with the concept, technical and economical indexes, the plan of the exhibition itself and the communication strategy, the infrastructure solutions for the safety of our guests. According to the requirements of the BIE, Astana should be prepared to take at least 3-4 million of visitors and exhibitors from 100 countries for 3 months of the exhibition.

Meanwhile, the presentations of the candidate cities - Astana and Liege were held in Paris, at the headquarters of the Organization for Economic Cooperation and Development.

The theme of "Future Energy", which was proposed by Kazakhstan, is more relevant than ever, especially nowadays, when the traditional energy sources are on the verge of exhaustion.

Besides we can see an opportunity to look into the future of the energy technologies and try to gather the attention of the international community. EXPO-2017 is a chance to raise the issue of the use, management and delivery of alternative energy source, as well as its savings.

"In 2010, we held the OSCE Summit. In other words, Kazakhstan has the ability to conduct such full-scale events, we also extremely concerned about the global security. We believe in the Development of Goals of the future millennium, in achieving of the sustainable development. These ideas are close to us. The President of Kazakhstan launched the initiative "Green Bridge", and this initiative has proven to be relevant at the last conference "Rio +20", - said the Chairman of the Organizing Committee of Astana EXPO-2017 Kairat Kelimbetov.