Home Calendar President Nursultan Nazarbayev delivered a speech with Address to the People of Kazakhstan “Through Crisis to Renovation and Prosperity”, March 6, 2009

For the first time Kazakh yacht crossed the Atlantic Ocean

President Nursultan Nazarbayev delivered a speech with Address to the People of Kazakhstan “Through Crisis to Renovation and Prosperity”, March 6, 2009 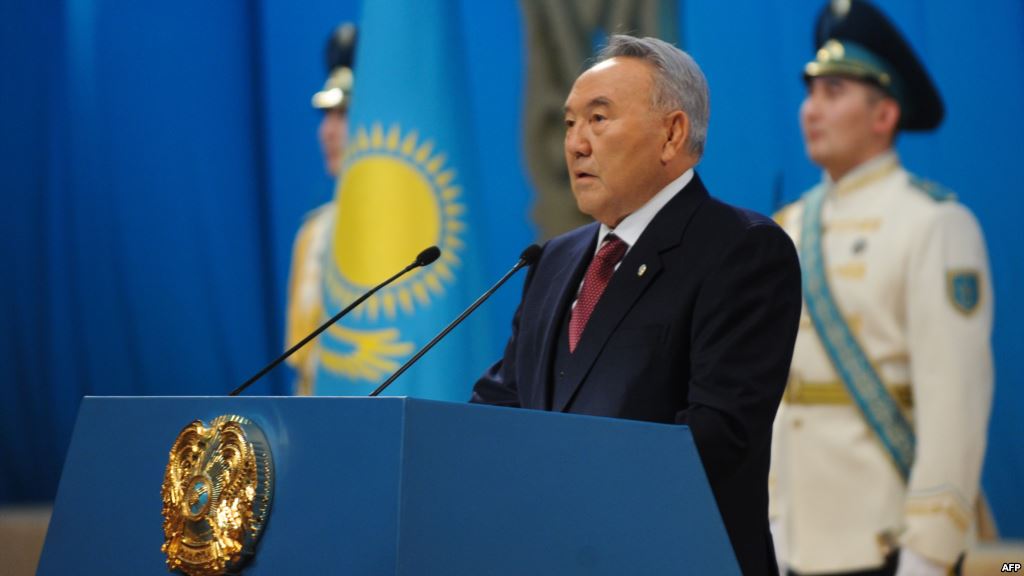 It is emphasized in the Address that the Kazakhstanis have been building their new country over two decades. The state has taken and is being implemented decisive measures during difficult times of the global crisis, one of the most serious crises for several decades.

“The crisis came from outside. It appeared not within the country but was hidden in the disbalances of global economy. It was inevitable that the crisis came,“ the President emphasized.

The situation in the global economy is being worsening. During one year the oil price decreased about fourfold, price of metals – nearly twofold. Export proceeds are being significantly decreasing as well. Our major and neighbor trading partners Russia and Ukraine devalued their national currencies. Kazakhstan was impelled to devaluate tenge in the interests of domestic producers. Otherwise the real sector of the economy did not avoid the stagnation.

As Nursultan Nazarbayev pointed out, the people of Kazakhstan should know that our country is not only ready to face these challenges but will overcome them and be a strong country and prosperous society after the period of crisis.

For the economy to be viable and flexible we have undertaken structural reforms, started diversification and created a mechanism for saving financial resources – the National Fund.

Kazakhstan has become one of the first countries in the world that swiftly reacted to the crisis and started implementing advance measures. The Anti-Crisis Plan includes such directions as maintenance of stability of the national financial system, support of housing construction and solving the issues of holders, development of small and medium-sized businesses, agro-industrial complex and realization of innovation projects. In whole, more than KZT 2.7 trillion has been directed to the country’s economy for the anti-crisis purposes.

“Yes, today it is a difficult time. I can not promise you that tomorrow will be easier than today. Bu the changes are inevitable. And they will come promptly if we act decisively anduse effectively our economic and financial resources. We will quickly overcome our difficulties if we mobilize our society for the solving of the issues arose,” Nursultan Nazarbayev stressed.

It is emphasized in the Address that the Government should meet all its obligations to increase social benefits and pensions as well as wages of the civil servants.

At the same time it is necessary not only to resist the crisis but prepare to the further economic growth.

We need to realize a new plan of further economy modernization for post-crisis development,” the head of state stressed.

Within the next two years more than KZT 600 billion will be allocated to the realization of a new plan of economy modernization besides the approved resources received from the National Fund.

That is why revenues from the sector of raw materials that are traditionally entered the National Fund will be directed to the needs of the domestic budget in 2009-2010. Meanwhile, the amount of reserves will be unchanged. Another source is a tough economy on all items of expenditures and strict financial discipline.

The violators of financial discipline should be responsible for under the law on crisis. All administrative, investment and other expenditures should be minimized, the President highlighted.

The head of state set a number of tasks before the Government and the state authorities.

It is necessary to realize the Employment Strategy of the People of Kazakhstan. For these purpose not less than KZT 140 billion will be allocated from the republican budget. The local budgets will also co finance the realization of this strategy. 350 thousand of Kazakhstanis will find their jobs.

First of all it is necessary to restore and modernize public utilities system – the objects of water supply and sewerage, heat supply and power engineering. We need to construct and restore highways, revive social infrastructure such as schools and hospitals, improve and beatify cities and villages. The regional maslikhats as institutions of local government have to solve themselves where the funds should be directed to. Meanwhile it is necessary to use the potential of local producers.

It is necessary to extend social workplaces and organize youth practice. In 2008 more than 13 thousand people realized their opportunities under such programs. The head of state instructed to allocate one more KZT 8.6 billion for these purposes. 96 thousand people will start working according to these programs.

In order to support unemployment it is planned to increase a term of payment of unemployment benefit from 4 to 6 months allocated from the State Fund of Social Insurance.

“Under the new plan of post-crisis development we will continue financing and realization of the investment perspective projects,” the President underlined.

Export specialization will allow creating more than 500 thousand new workplaces and provide about 8 percent of additional GDP growth in the forthcoming five years.

“Prosperity, security and increase of the people’s well-being remain to be a triune task for our state. I decided to realize this task, and I am responsible before you, my dear compatriots, for implementing it together with you,” Nursultan Nazarbayev highlighted.

The President addressed the deputies of Parliament, the members of the Nur Otan party, the Assembly of the People of Kazakhstan, all political powers, civil servants, law-enforcement authorities, and mass media to join for overcoming the toughest crisis in the world.

“I am convinced that we will overcome all difficulties and make Kazakhstan a strong, prosperous and respected state in the world!” the head of state stressed.