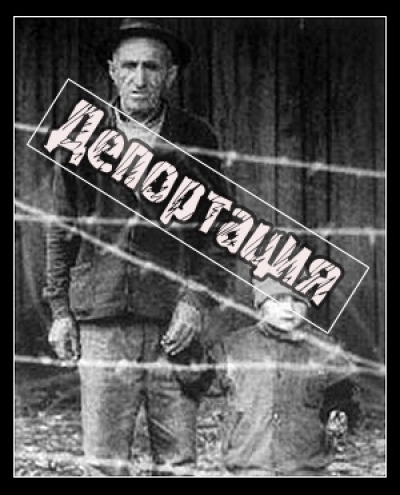 The deportation and sending of trains to destinations began on February 23, 1944 at 02:00 local time and ended on March 9 of the same year. Operation "Lentils" started by the code word "Panther", which was broadcasted on the radio.

The Resolution of the State Committee of Defense of the USSR № 5073 on the abolition of the Chechen and Ingush Autonomous Soviet Socialist Republic and the deportation of its population to the Central Asia and Kazakhstan “for aiding the Nazi occupiers”.  Chechen and Ingush Autonomous was abolished, 4 districts were transferred to the Dagestan ASSR. One district to the North Ossetian ASSR, the Grozny region was formed on the rest of territory.

On January 29, 1944, the People's Commissar of Internal Affairs Lairentiy Beria approved "The Instruction on deportation of Chechens and Ingush", and on January 31 issued a decree of the National Defence Commission on the deportation of the Chechens and Ingush to the Kazakh and Kyrgyz SSR. On February 20 Beria arrived in Grozny with I.A. Serov, B.Z. Kobulov and S.S. Momulov and personally supervised the operation which was attended, under the guise of "exercises in the highlands", by an army with 100,000 people, including 18,000 officers and up to 19 000 operational staff of the People's Commissariat for Internal Affairs (NKGBw), the People's Commissariat for State Security (NKVD) and the "SMERSH" detachment. On February 21, he issued an order for the NKVD on deportation of the Chechen and Ingush population . The next day he met with the leadership of the republic and the highest spiritual leaders, he warned them about the operation and offered to undertake the necessary work among the population. This is what Beria reported to Stalin.

Deportation was accompanied by the few attempts to escape to the mountains or insubordination of the local population. NKVD was also reported "some ugly facts of violation of revolutionary legality of unauthorized executions after resettlement on the remaining Chechen women, old women, the sick, the crippled , who was not able to move".  According to the documents, three people were killed in one of the villages, including an eight-year boy in and "five old women", in the third "on unspecified data" "an unauthorized execution of the sick and crippled up to 60 people". There are also unconfirmed reports of the burning alive up to 700 people in the village of Khaibakh in Galanchozh area.

About 180 echelons were sent with a total number of resettled people equal to 493,269. Moreover, 56 people were born and 1272 died during the road, “that is 2.6 persons on 1,000 transported people. According to the information of the Statistical Office of the RSFSR the mortality of Chechen and Ingush Autonomous Soviet Socialist Republic in 1943 was 13.2 persons on 1,000 citizens". The causes of death were “an early and late age categories of the resettled people, the presence of the resettled patients with chronic diseases, the presence of physical deceases. About 285 patients were sent to the hospitals. The last was the echelon of passenger carriers with former senior officials and religious leaders of Chechen and Ingush people, who were used in the operation.

According to official data, 780 people were killed during the operation, 2016 people were arrested, "anti-Soviet elements", seized more than 20 thousand firearms, including 4868 rifles, 479 machine guns and automatic rifles. About 6544 people managed to hide in the mountains.

After the 12 years passed since the resettlement of 1956, about 315,000 Chechens and Ingush lived in Kazakhstan, In Kyrgyzstan about 80 thousand people. After Stalin's death, they were free from the restrictions on the movement but they were not allowed to go back home. Despite this fact, in the spring of 1957, about 140,000 of forcibly deported returned to the restored part of the Chechen and Ingush ASSR
Для копирования и публикации материалов необходимо письменное либо устное разрешение редакции или автора. Гиперссылка на портал Qazaqstan tarihy обязательна. Все права защищены Законом РК «Об авторском праве и смежных правах». mail@e-history.kz 8(7172) 79 82 06 (внутр. – 111)
Қазақша Русский English
MOST READ
Month Year
The referendum on the Constitution is a significant stage of democratization
Philosophy of the Emblem
The rural akims: the country's hope is in the elections
Kazakh historical drama Tomiris premiered in Istanbul
Stolypin about the worries and hopes of immigrants to the Kazakh steppes
ALASH IDEA IS THE PROTECTION OF KAZAKH STATEHOOD
A tireless explorer of the Kazakh land
SWITCHING TO THE LATIN ALPHABET – UNITE ALL KAZAKH PEOPLE
Kunaev Dinmukhamed Akhmedovich
People who eat horses will kill you
Kazakhstan's participation in the Winter Olympics has a long history
Rebooting a field of science and education
Recorded history of Kazakhstan. Part 1