The premiere of the opera of S. Mukhamedzhanova “Akan seri – Aktokty” took place 33 years ago at the Kazakh Academic Opera and Ballet Theater 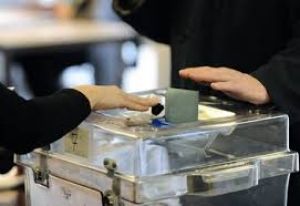 The elections of the President of the Republic of Kazakhstan took place on December, 4 2005, as it was defined by the Majilis of the Parliament on September, 7, 2005.

The candidates for the post of the President of Kazakhstan were: the incumbent President Nursultan Nazarbayev, the leader of the movement “For a fair Kazakhstan” Zharmahan Tuyakbay, chairman of the Democratic Party of Kazakhstan “Ak Zhol” Alikhan Baymenov, the deputy of the Majilis Erasyl Abylkasymov and the leader of environmental organization “Tabigat” Mels Eleusizov.

According to the decision of the Central Election Commission of the Republic of Kazakhstan dated from December, 6 2005 №54/109, Nursultan Nazarbayev has won the election with a total of 91.15% of the votes.

Moreover, the television debates were held for the first time in the history of presidential elections in Kazakhstan, which were attended by all of the candidates except Nursultan Nazarbayev.