In 1989 was formed anti-nuclear movement "Nevada-Semipalatinsk" 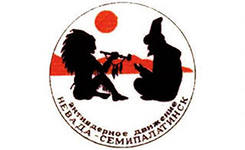 Day of February 28, 1989 not just entered but burst into the history of the country and stirred up Kazakhstan pinned down by the December 1986 events. At the meeting at the Writers' Union of Kazakhstan building the poet Olzhas Suleimenov announced the birth of the anti-nuclear movement "Nevada-Semipalatinsk". A few days later he appeared on the Republican radio with his appeal to the citizens of Kazakhstan, which began quite symbolically: "Brothers and Sisters!" At once in our memory appeared ribbons of military chronicle of 1941 when began the war and Stalin's famous speech which raised the country to fight the enemy.

Olzhas Suleimenov, too, raised his people also to fight, but for their human rights. "We cannot meekly await the end of the world! We used to fight for peace around the world. Now we understand that the fight for peace is necessary for each on their land. Therefore, we created a social movement “Nevada”.

As one of the active participants of the movement Kanat Kabdrakhmanov told: "The first months of the movement reminded me as the revolutionary excitement. The headquarters of the movement did not cease the phone, in the corner constantly pounded a typewriter - it published proclamations, infinitely there were negotiations and discussions. Hundreds of people brought sheets with signatures of citizens who expressed support for our movement. Almaty held crowded anti-nuclear rallies in schools. Similar meetings were held in enterprises of the city, where they were accompanied by raising funds for the movement. Reporters sent their fees the Movement’s Fund. It was an unprecedented hitherto a surge of popular enthusiasm, romantic time, a time of hope and faith in their own strength".

The founder and spiritual inspirer of the anti-nuclear movement "Nevada-Semipalatinsk", major public figure, poet and writer Olzhas Suleimenov many years living abroad was the ambassador of Kazakhstan to Italy, then to Greece and Malta, and since October 2001 he is the permanent representative of Kazakhstan to UNESCO.