In 1871 the famous aytys between Birzhan and Sarah took place 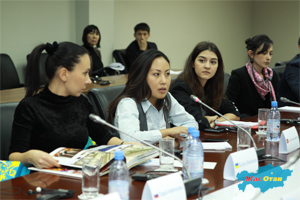 According to official figures the youth of Kazakhstan is 26% of population, or 3 million 787 thousand people. More than 150 children and youth associations, 6 of which have national status were registered in the country. The festival «Caspian Sea — the Sea of Friendship» and international sailing competitions «Caspian regatta» was held during the congress in Aktau.