80 years ago acid plant in Shymkent was put into operation

80 years ago acid plant in Shymkent was put into operation. Today it is one of the largest lead waste recyclers in the CIS countries.

Kazakhstan joined the Organization for Security and Cooperation in Europe 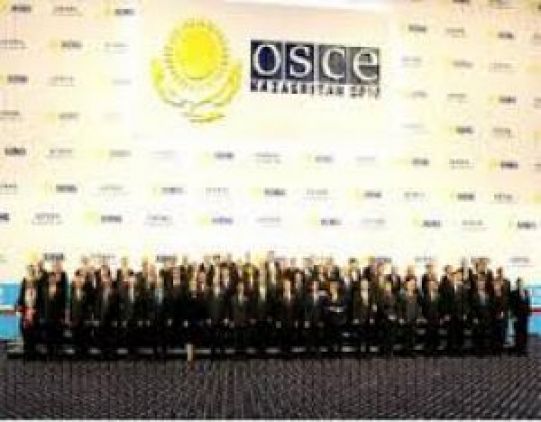 Kazakhstan joined the Organization for Security and Cooperation in Europe on January 30, 1992.

During the first years of independence, Kazakhstan was in need of the support from the world political powers and authoritative international organizations, including the OSCE. At the same time, the international community was also interested in the constructive foreign policy of the young state, which, by the will of the history, became the owner of the fourth largest nuclear arsenal in the world. As such, the country made ​​a conscious choice in favor of a balanced approach in the foreign and domestic policy. The strategy of multilateral partnership, liberalization of the economy and society was the cornerstone of those approaches.

The invitation to join the Organization, which was made by the ​​major Western countries, was perceived in Kazakhstan as a step towards the formation of a new European security architecture, in conditions of equality and lack of dividing lines.

According to the results of the Budapest Summit in 1994, the Meeting has been transformed into the Organization for Security and Cooperation in Europe in order to further institutionalization.

The permanent representation of Kazakhstan in the International Organizations in Vienna, which provided a direct part in the OSCE, was founded in 1995. The independent representation of Kazakhstan in the OSCE, which headed by the Ambassador Kairat Abdrakhmanov, began to operate in 2008 in the light of the forthcoming presidency.

The Regional Office in Central Asia with an office in Tashkent was opened in 1995. The OSCE Center in Almaty, which was renamed to the OSCE Centre in Astana in 2007, was opened in 1999. Now the center is headed by the Ambassador Alexander Keltchewsky (France).

Over the past few years, Kazakhstan conducted several major OSCE events, among them:

-  OSCE High-Level Meeting on the "Cultural, Inter-Religious and Inter-Ethnic Understanding" – The Conference on Tolerance (Almaty, June 12-13, 2006);

-  The Regional workshop on "The confidence building measures and regional cooperation in mine action" (Almaty, March 26-27, 2007);

The decision on the Kazakhstan's chairmanship in the OSCE in 2010 was made on November 2007 during the Madrid meeting of the Foreign Ministers of the OSCE.