92 years ago Zh. Aymauytov's article on admitting women to study appeared in an edition of the newspaper "Ak Zhol" 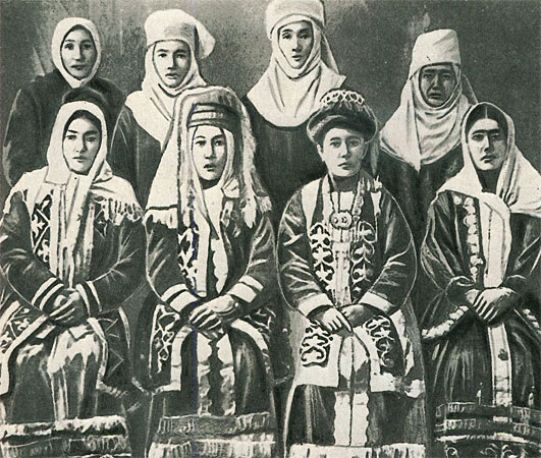 92 years ago Zh. Aymauytov’s article on admitting women to study appeared in an edition of the newspaper "Ak Zhol". It described the equality of rights of men and women.

The diplomatic relations between Kazakhstan and Japan were established on January 26, 1992.

The fundamental thing in these bilateral relations, were the visits of President Nursultan Nazarbayev to Japan on April 6-9, 1994 and December 5-8, 1999. The Joint Statement on Friendship, Partnership and Cooperation was signed during the second visit of the Head of the State.

We have same positions in matters of international security. The accession of the Republic of Kazakhstan to the Treaty on the Non-Proliferation of Nuclear Weapons (NPT) and the decision of our state to eliminate nuclear weapons on its territory are welcomed in Japan.

An important aspect of the bilateral cooperation is the interaction with international organizations. The inter-parliamentary relations between the two countries are developed along with each other.

The year of 2007 was a breakthrough in bilateral economic relations as a result of the enhanced cooperation in the industrial, energy and financial sectors.

The relations between Kazakhstan and Japan in the cultural sphere are developed quite well.

The “National Treasure” award was established in Kazakhstan on January 26, 2006. The initiative belongs to the Eurasian Culture Fund.

The prize is awarded for an outstanding contribution to the development of statehood, economy, science and culture of the Republic of Kazakhstan to the citizens, whose activity has been recognized both at home and in the world. The prize may be awarded in the spheres of state, public, religion, science, economics, literature, art, education and sports. The decision on the award is taken by the Eurasia Foundation of Culture. An expert committee was created in order to conduct a preliminary analysis. The "National Treasure” award is  an annual event.

The prize winner is awarded with the "Golden paytsza", which is the stylized gold plate on the tape. These are the symbols that were given to the noble people in the Kazakh steppe in the past. A noble falcon, carrying a crow in his paws, is depicted on the front side of the plate. This bas-relief symbolizes the victory of good over the evil.

The winner is also awarded with a special document, the passport of Eurasian Culture Foundation, which, along with the relevant information, will contain the appeal to the Parliaments and Governments of all Eurasian countries to assist, «to the bearer of this passport." The "Golden paytsza" is the highest award of the Eurasian Cultural Foundation.