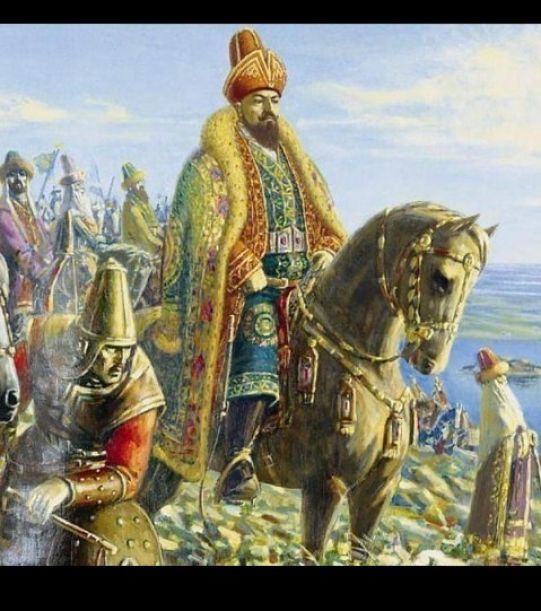 Birthday of Merited Artist of the Republic of Kazakhstan, Academician Akanayev Amandos 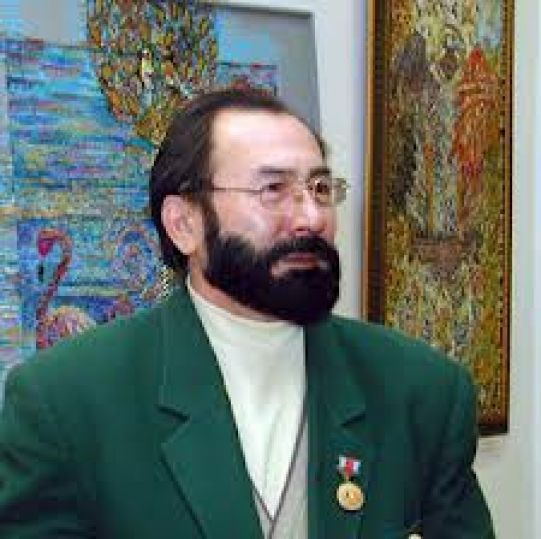 He graduated from the Painting Department of the Almaty Art College named after N.V Gogol, the painter.

The founder of the “non-traditionalism" style and the embossed painting technology, which was implemented by him into the easel paintings for the first time.

Member of the Academy of Arts of the Republic of Kazakhstan (since 2006).

The founder of a new direction in painting – the embossed style, also found a school named "Akinaev Dynasty”. He’s successfully complements his paintings with the elements of a metal sculpture, textiles, wood and others.

On the basis of his proposals, a number of priority projects were implemented within the scale of a special programs in the Academy of Arts of the Republic of Kazakhstan, in particular, the project named “Barrow complexes and stone sculptures of the nomads of Kazakhstan”.

His works are among the collections of the largestmuseums of the world and CIS, in particular:The Tretyakov Gallery, the Museum of Oriental Art (Moscow), State Museum of Art named after A. Kasteev (Almaty), the Presidential Cultural Centre (Astana), in the museums of. Astana, Pavlodar, Kokshetau, the Museum of Modern Art  in Villafamese (Spain), the Baltimore Museum of Art (United States), as well as in private collections in the United States, Germany, Russia, Britain, France, Belgium, Italy, Sweden, Switzerland, Liechtenstein, Denmark, India , Pakistan, Egypt....

His works have been displayed at different exhibitions both at home and abroad since 1968.

He speaks both Kazakh and Russian languages.

Since 1968, he became a teacher of painting and composition, technology of art and graphics in the Almaty Art College named after N.V Gogol.

A member of the Union of Artists of the USSR (since 1978), Kazakhstan, the general expert of the Academy of Arts of the Republic of Kazakhstan (since 2006), member of the International Association of  Art Critics (AICA) in the UNESCO (1986).

The Laureate of the State Prize of the Republic of Kazakhstan in the field of literature and the art (2010).

He was awarded with a numerous diplomas, awards of the USSR Union of Artists (1978-1987), diplomas of the Supreme Council of the Kazakh SSR (1981). Fellow of the USSR Academy of Arts. World Master (2010). Honorary Citizen of the Talgarsk region of Almaty area (2010).

The Forecast of the future of Kazakhstan: "Bright, wonderful future."

Hobbies - "humanology", the nature of Kazakhstan.