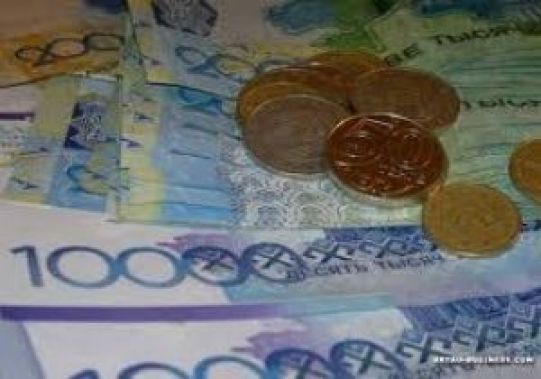 The Decree “On the terms of finish of circulation of treasury and bank notes of the State Bank of the USSR, issued in 1961-1992, in the area of the Republic of Kazakhstan, and their changing for the national currency

Money reform of 1993 proved to be one of the main reforms in development of national economy.

Maximal value of money, which one person might change, couldn’t exceed 1000 roubles. Pensioners were allowed to change no more than 200 roubles. The owners of sums, exceeding the limit, had to apply to a special commission with a declaration concerning the sources of income.

Limits for deposit payment were introduced simultaneously since January, 23 1991. Deposits were paid by savings banks only domiciliary in sum no more than 500 roubles per month, and the note in passport indicated that.

As a result of “Pavlov’s” reform 8 billion roubles were withdrawn from circulation, legality of which hadn’t been proved.

However, this step didn’t influence the purchase power of rouble. Prices release impacted its unrestrained growth.

There was a universal downswing simultaneously with the growth of money supply in circulation in the conditions of perestroika. Goods and foods, in general, were exported from abroad.  Necessary currency for that in amount of 1/63 billion dollars had been got for account of gold’s payment: in1989 – 300 t, in 1990 – 234 t.

In 1990 emission of cash amounted to 25 billion roubles, which was much more than the sum for 1981-1985 together. Giant money supply didn’t correspond to almost empty consumer’s market.

The Decree of the President and enactment of the Cabinet of Ministers of the USSR “On cessation of receipt for payment of banknotes of State Bank of the USSR with a value of 50 and 100 roubles of the pattern of 1961and on the order of its changing and limitation of cash payment from the deposits”. Banknotes of the similar value, printed in 1991, were introduced in circulation. Three days were given for individuals to change old money to the new one.

Soviet money, rouble, had been succeeded by all post-soviet states at the first stage of independent development, including the countries, which didn’t join CIS, after the collapse of the USSR. Due to the range of reasons, first of all, of political character, conditioned by the rush of new states towards the political independence, as well as impossibility of rapid legislative unification in the conditions of changing the model of social Directive economy for market economy, saving of united currency zone was doomed to failure.

The process of money disintegration after the USSR collapsed was very difficult and finished with introduction of the own national currencies by all post-soviet states.

All 15 national banks, independent on each other, considered to be in the role of the Central banks, right after the declaration of sovereignty by the republics of the USSR.

After the collapse in December, Kazakhstan, as well as the other states of CIS continued to become in “rouble zone”. In 1992 the banknotes of large value 200, 500 and 100 roubles were printed. Stated bank of the USSR, which didn’t exist already, was marked as its issuer. The first Russian banknote – 5000 roubles, was issued, and earlier 10000 and 50000 roubles.

Central Bank of Russia reported about withdrawal of soviet banknotes, issued in 1961-1992, as well as the similar Russian banknotes on July, 23.

Money reform in Russia led to mass money discharge to the states of CIS, including Kazakhstan.

The government of the Republic of Kazakhstan, having understood that it was thoughtless to rely on Russian rouble only, made steps towards the issue of its own currency in the first part of 1992.

The contract for issue of new money was concluded with English company “Harrison”. In 1993 the banknotes with value 1, 1, 5, 10, 20, 50 and 100 tenge were brought to Kazakhstan. They were provided with 18 degrees of protection from counterfeits.

The President N.A. Nazarbayev signed a decree “On the introduction of national currency of the republic of Kazakhstan” on November, 12, 1993. National currency – tenge, was introduced on the basis of this decree from 8 o’clock, November, 15.