The first International Qurultay of Kazakhs took place in 1992 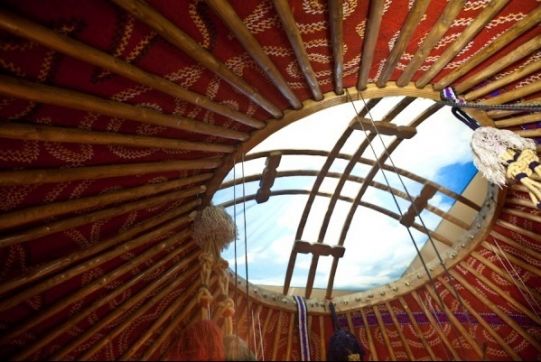 The first world kurultai of Kazakhs took place at the end of September, 1992. Then the Republic of Kazakhstan only arose on territorial, organizational and material resources abolished with disintegration of the Soviet Union the Kazakh Soviet Socialist Republic. Though it was a question of formation absolutely other, the public formation in many respects denying former values, all completeness of the power the personnel nomenclature of the Central Committee which has stopped the existence of Communist Party of Kazakhstan kept in the hands. It with readiness moved towards exacting expectations of the West and declared a course on construction of market economy and democratic society. Having calmed thus new curators, in an attendance order undertaken to replace former Kremlin, the present Kazakhstan heads who have left an old communistic nomenclature overcoat, began to show formal loyalty and concerning especially Kazakh public values. The whole huge state with an enormous export potential and the extremely heterogeneous population, owing to this factor proving as apolitical community, appeared at their full order so quite unexpectedly that they at first behaved very uncertainly and tried to offend in general nobody and to contradict nobody. If to consider that in only 5 years prior to finding of the state independence the Kazakh administrative and party nomenclature got to the Kremlin disgrace and lost formal independence even within republican administrative personnel, such shy and conciliatory position was clear at the beginning. That 1992 the head of state took part, for example, in two absolutely not compatible on ideology and tasks forums – All-Union officer meeting in Moscow and the I World kurultai of Kazakhs in Almaty.