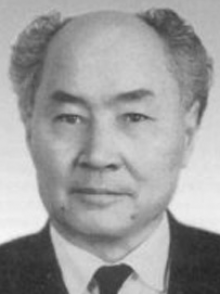 Archeologist and historian, art historian and folklorist of ancient architecture monument of the Bronze Age and Early Iron Age, Doctor of historical science.

Margulan Alkey Hakanovich was the Archeologist and historian, art historian and folklorist of ancient architecture monument of the Bronze Age and Early Iron Age, Doctor of historical science (1945), correspondent member (1946), academician of Academy of Sciences of the Kazakh SSR (1958) and professor (1960).

He graduated teachers’ courses in Pavlodar and taught at Dalbinsky school of Baiyanaul region (1920).

(1921-1925) – The listener of Semipalatinsk pedagogical college and editorial staff of “Tan” magazine and newspaper “Kazakh language”;

(1930-1931) – Scientific secretary of terminological commission of Kazakh folk commissariat of education graduate student of the Leningrad State Academy of the history of material culture;

(1936-1938) – Trainee and researcher of Institute of history of Material culture of the USSR Academy of Sciences;

(1939-1946) – Senior researcher and head of the Institute of history of the Kazakh branch of the USSR.

(1946-1985) – the head of sector, head of department, chief scientific fellow of Institute of history, archeology and ethnography of Academy of Science of Kazakhstan.

He investigated artefacts of ancient art and issues of literature, historical and heroic epic of the Kazakh people. From the middle of 1950 under the direction of the scientist was collected the information and materials about outstanding Kazakh scientist and educator Sh.Valihanov. The collection of Sh.Valihanov’s works was headed by Coordinating Council for the ethnogenesis of the Kazakh people. The Scientific council of the institute of history, archeology and ethnography of the Kazakh SSR, specialized council for doctoral dissertations, organized the famous Central Kazakhstan’s archeological expedition from 1946 to 1974.

Margulan brilliantly studied the history of Abylaykhan, Abulhair, Kenesary and Kasym khan period. He took in the creation of multi-volume “History of the Kazakh SSR (from ancient times to the present day)”.  He author of more than 300 scientific and popular publications. Under his leadership more than 50 masters and doctoral theses were defensed.

Archeological explorations in the basin of the Sary- su river, Alma-ata, 1947.

·  From the history of the cities of building ancient art of Kazakhstan, Alma-ata, 1950.