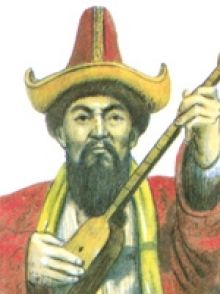 After his father's death in 1825 Dauletkerey brought up by his uncle M.Bokeyhanova. The formation of the ideology of the future composer was greatly influenced by the peasant uprising led by Isatai Taimanov.

Meeting and socializing with people's kuishi Musirali Berdaliuly, who later became his teacher, and the friendship with the President of the Interim Board of Management Bokeevskoy horde GV Vashenko Dauletkerey allowed to get close to the progressive people of his time. He maintained close ties with the representatives of the Kazakh youth who have received education in Orenburg.